” Expert Insights into a Housing Market in Flux “ 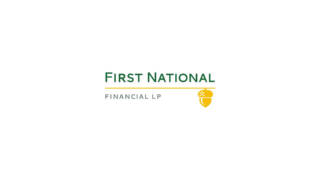 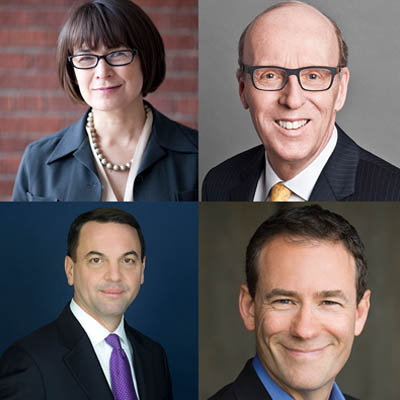 Has Canada’s housing market reached a breaking point? Rising mortgage rates, the new mortgage stress test, and changes for foreign buyers have lead to a shift in the market. So what’s next? Stephen Smith (First National), Tim Hudak (OREA) and Romy Bowers (CMHC) discuss the outlook for the housing market.

Romy Bowers is Chief Commercial Officer of the Canada Mortgage and Housing Corporation (CMHC), with responsibility for leading the corporation’s securitization and mortgage loan insurance businesses.

Ms. Bowers joined CMHC in 2015 as Chief Risk Officer, bringing to the organization over 15 years of experience in the financial services industry. Prior to joining CMHC, Ms. Bowers worked at a large Canadian bank where she held various finance and risk management related positions in the areas of corporate funding, capital management, stress testing and operational risk management.

Ms. Bowers holds a Masters of Arts from McGill University and a Masters of Business Administration (Finance) from the University of Toronto. She lives in Toronto with her husband.

STEPHEN SMITH, one of Canada’s leading financial services entrepreneurs, is the Chairman, Chief Executive Officer and Co-Founder of First National Financial Corporation. He has been an innovator in the development and utilization of various securitization techniques to finance mortgage assets as well as a leader in the development and application of information technology in the mortgage industry.

Mr. Smith is Chairman of Canada Guaranty Mortgage Insurance Company, which he owns in partnership with Ontario Teachers’ Pension Plan. He is the largest shareholder in Equitable Bank, one of Canada’s leading alternative lenders and the country’s ninth largest bank. Mr. Smith is a member of the Board of Governors of the Royal Ontario Museum, the Board of Directors of the C. D. Howe Institute, E-L Financial Corporation and the Canada Infrastructure Bank. He is also Chairman of Historica Canada, producer of the Heritage Minutes and publisher of The Canadian Encyclopaedia. In 2012, Mr Smith received the Queen Elizabeth II Diamond Jubilee Medal for contributions to Canada.

Mr. Smith holds a B.Sc (Hons.) in Electrical Engineering from Queen’s University and a M.Sc. in Economics from the London School of Economics.

After a distinguished 21 years of public service in the Ontario Legislature – including five years as Leader of the Progressive Conservative Party of Ontario and Leader of the Official Opposition – Hudak made the move to OREA.

Since becoming CEO in December 2016, he and his OREA team have focused on transforming OREA into Ontario’s most effective professional association that delivers high-impact advocacy on behalf of REALTORS® and consumers, and provides quality services to members.

During his first year as CEO, Hudak was named one of the most powerful people in residential real estate by Swanepoel Power 200 2017/18. He continues to travel the province, speaking directly with REALTOR® leaders, associated professions, and government decision makers to gain insights and a local perspective on the real estate profession. These insights will help strengthen the profession and help build stronger communities.

He is married to Deb Hutton and together they have two daughters, Miller and Maitland.

Bruce Sellery a personal finance expert and the author of the Globe & Mail bestseller, “Moolala: Why smart people do dumb things with money (and what you can do about it)”.

He is a columnist for MoneySense and appears regularly on CBC Radio, Cityline and Breakfast Television. He was the host of Million Dollar Neighbourhood on the Oprah Winfrey Network and an anchor and New York Bureau Chief for CTV’s Business News Network.