Ontario is building on its commitment to invest in transit, transportation, and other priority infrastructure by continuing to broaden the ownership of Hydro One through a secondary share offering. This offering will generate $1.7 billion, with net proceeds to be dedicated to the Trillium Trust as part of the largest investment in infrastructure in the province’s history.

In this secondary offering, the Province has offered 72,434,800 common shares at $23.65 per share for total gross proceeds of approximately $1.7 billion. The Province has granted an over-allotment option to the underwriters to purchase up to an additional 10,865,200 common shares, which if exercised in full, would result in total gross proceeds of approximately $2 billion. Similar to the Initial Public Offering in November 2015, the Province will aim to achieve significant retail distribution, helping ensure that Ontarians across the province can participate in the broadened ownership of Hydro One. 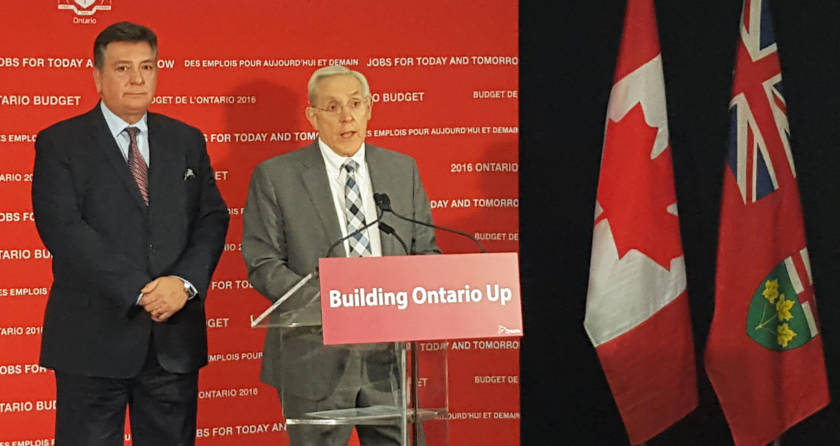 With this transaction, the Province remains on track to generate approximately $9 billion in gross proceeds and other revenue benefits. This includes $4 billion in net revenue gains that will be invested in infrastructure and $5 billion to reduce debt. In addition to the benefits from share offerings, the government has already received an estimated upfront gain of approximately $2 billion, from the deferred tax asset benefit, as well as a special payment of $1 billion in 2015. This special payment is broken down as an $800 million dividend and $200 million in additional payments-in-lieu of taxes.

After the offering, if the over-allotment option is exercised in full, Ontario will hold approximately 70 per cent of Hydro One and will proceed with future offerings in a careful, staged, and prudent manner, over time reducing the Province’s stake to 40 per cent while remaining the single largest shareholder.

Net revenue gains from the Province’s sale of Hydro One common shares will be dedicated to the Trillium Trust to help fund infrastructure projects that will create jobs and strengthen the economy. These net revenue gains will help fund priority projects such as GO Transit Regional Express Rail, Light Rail Transit projects in communities across Ontario through the Moving Ontario Forward initiative, and natural gas network expansion in rural and northern communities.

Maximizing the value of provincial assets is part of the government’s economic plan to build Ontario up and deliver on its number-one priority to grow the economy and create jobs. The four-part plan includes investing in talent and skills, including helping more people get and create the jobs of the future by expanding access to high-quality college and university education. The plan is making the largest investment in public infrastructure in Ontario’s history and investing in a low-carbon economy driven by innovative, high-growth, export-oriented businesses. The plan is also helping working Ontarians achieve a more secure retirement.