Ontario Proposing To Grow the Greenbelt

Ontario is proposing changes to four provincial plans that shape how land is used in the Greater Golden Horseshoe — Canada’s fastest-growing urban region, the province’s economic engine and the home of the Greenbelt.

Ontario is responding to input from the public and addressing the recommendations of the report “Planning for Health, Prosperity and Growth in the Greater Golden Horseshoe: 2015- 2041” from the Co-ordinated Land Use Planning Review advisory panel, chaired by former mayor of Toronto David Crombie. 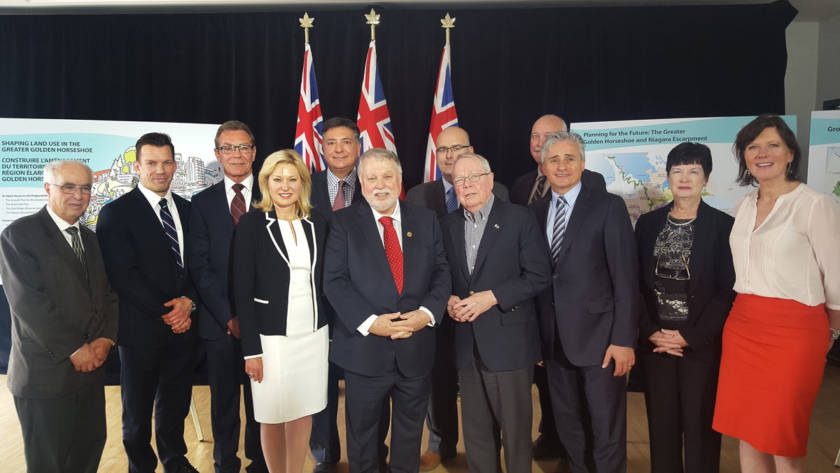 The proposed changes to the Growth Plan for the Greater Golden Horseshoe, the Greenbelt Plan, the Oak Ridges Moraine Conservation Plan and the Niagara Escarpment Plan would:
•Protect clean water by adding the lands within 21 major urban river valleys to the Greenbelt, along with seven coastal wetlands, and establish a process for further expanding the Greenbelt to protect key water features
•Require zoning along transit corridors to provide adequate density to support transit
•Establish Greenbelt-level protections for natural heritage systems – such as wetlands, woodlands and rivers – beyond the Greenbelt, with the provincial government taking a lead in mapping those areas
•Support agricultural viability and preserve farmland by setting strict requirements for the expansion of urban areas and allowing more flexibility for agricultural use in the Greenbelt
•Require municipalities in the Greater Golden Horseshoe to integrate climate change policies into municipal official plans and to conduct climate change vulnerability risk assessments when they are planning or replacing infrastructure.

Stakeholders and the public now have a chance to comment on the proposed changes.

Building complete communities and protecting the Greenbelt is part of the government’s economic plan to build Ontario up and deliver on its number-one priority to grow the economy and create jobs. The four-part plan includes investing in talent and skills, including helping more people get and create the jobs of the future by expanding access to high-quality college and university education. The plan is making the largest investment in public infrastructure in Ontario’s history and investing in a low-carbon economy driven by innovative, high-growth, export-oriented businesses. The plan is also helping working Ontarians achieve a more secure retirement.