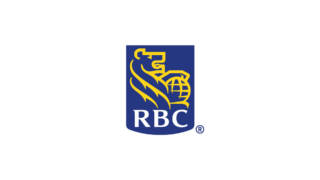 Sidewalk Labs has been busy over the past 18 months working on a Master Innovation and Development Plan for Toronto’s Eastern Waterfront, a plan that has the ambition to create a new model for innovative and inclusive cities in Toronto and abroad. Doctoroff will share his observations on the project so far and how this new model of urban innovation could transform city building as we know it.

Dan was President and Chief Executive Officer of Bloomberg L.P., the leading provider of news and information to the global financial community, until December 2014. During his tenure at Bloomberg, Dan led the company through the most severe financial crisis since the Great Depression by pursuing an aggressive strategy of investment, focused on enhancing the company’s core Terminal product, expanding into enterprise products and services, creating new businesses in government, law and energy, and building the company’s news operations, including its acquisition of Businessweek. During the seven years that he led the company, despite the financial crisis, Bloomberg’s organic revenues nearly doubled.

Prior to joining Bloomberg L.P., Dan served as Deputy Mayor for Economic Development and Rebuilding for the City of New York. With Mayor Michael R. Bloomberg, Dan led the city’s dramatic economic resurgence, spearheading the effort to reverse New York’s fiscal crisis after 9/11 through a five-borough economic development strategy. This plan included the most ambitious land-use transformation in the city’s modern history; the rebuilding of the World Trade Center site; the largest affordable housing program ever launched by an American city; and the formation of new Central Business Districts and Industrial Business Zones. Dan also oversaw the creation of PlaNYC, New York’s pathbreaking sustainability plan.

Before joining the Bloomberg administration, Dan was Managing Partner of the private equity investment firm Oak Hill Capital Partners. While at Oak Hill, Dan founded NYC2012, the organization that spearheaded efforts to bring the Olympic Games to the city.

Dan serves on the Boards of the University of Chicago, World Resources Institute, United States Olympic Committee, Bloomberg Philanthropies and Human Rights First. He is the founder of Target ALS, which raises funds for and has established a new model of collaboration to advance ALS research. He is a founder and chairman of Culture Shed, an innovative new cultural institution at the Hudson Yards in Manhattan. Dan is a graduate of Harvard College and The Law School at the University of Chicago. A native of Michigan, Dan has lived in New York for the past 32 years with his wife, Alisa. The Doctoroffs have three grown children.