HAMILTON, ONTARIO–(Marketwired – June 17, 2016) – The Governments of Canada and Ontario, along with the City of Hamilton, are celebrating the official opening of new affordable rental housing for low-income individuals and families in Hamilton. Rudy Hulst Commons, which opened in late May, provides 47 affordable apartments in Hamilton’s east end. 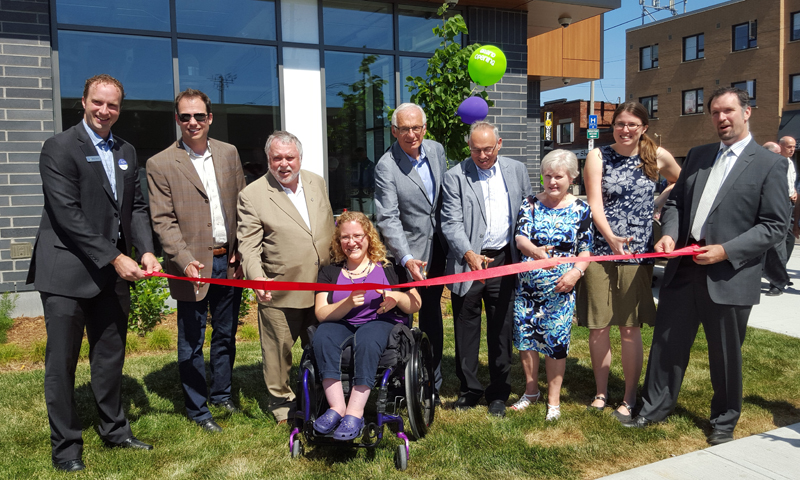 Quick facts:
•The Governments of Canada and Ontario contributed more than $5.4 million to Rudy Hulst Commons through the Investment in Affordable Housing Agreement (IAH 2011-2014).
•Municipal contributions and non-governmental funding has provided an additional $2.3 million to the project.
•Rudy Hulst Commons was developed by Indwell, a Christian charity that creates affordable housing communities that support people seeking health, wellness and belonging.
•In August 2014, Isaac Neven (son of Indwell Executive Director Jeffrey Neven) biked 800 kms to raise funds for Rudy Hulst Commons.
•Rudy Hulst Commons is located across the street from another Indwell project, the Dr. John M. Perkins Centre, which received more than $5.4 million from the Governments of Canada and Ontario in 2011 through the Canada – Ontario Affordable Housing Program Agreement. The project provides 46 affordable bachelor apartments.