The investment was announced today by the Terry Fox Research Institute (TFRI) on the occasion of the 34th annual Terry Fox Run, to be held across Canada on Sunday, September 14.  Children from Toronto’s Orde Street Public School participated in the announcement at the Princess Margaret Cancer Centre. The Terry Fox Foundation funds are raised annually by Canada-wide supporters and school children who participate in and/or donate to the annual Terry Fox Run and National School Run Day. 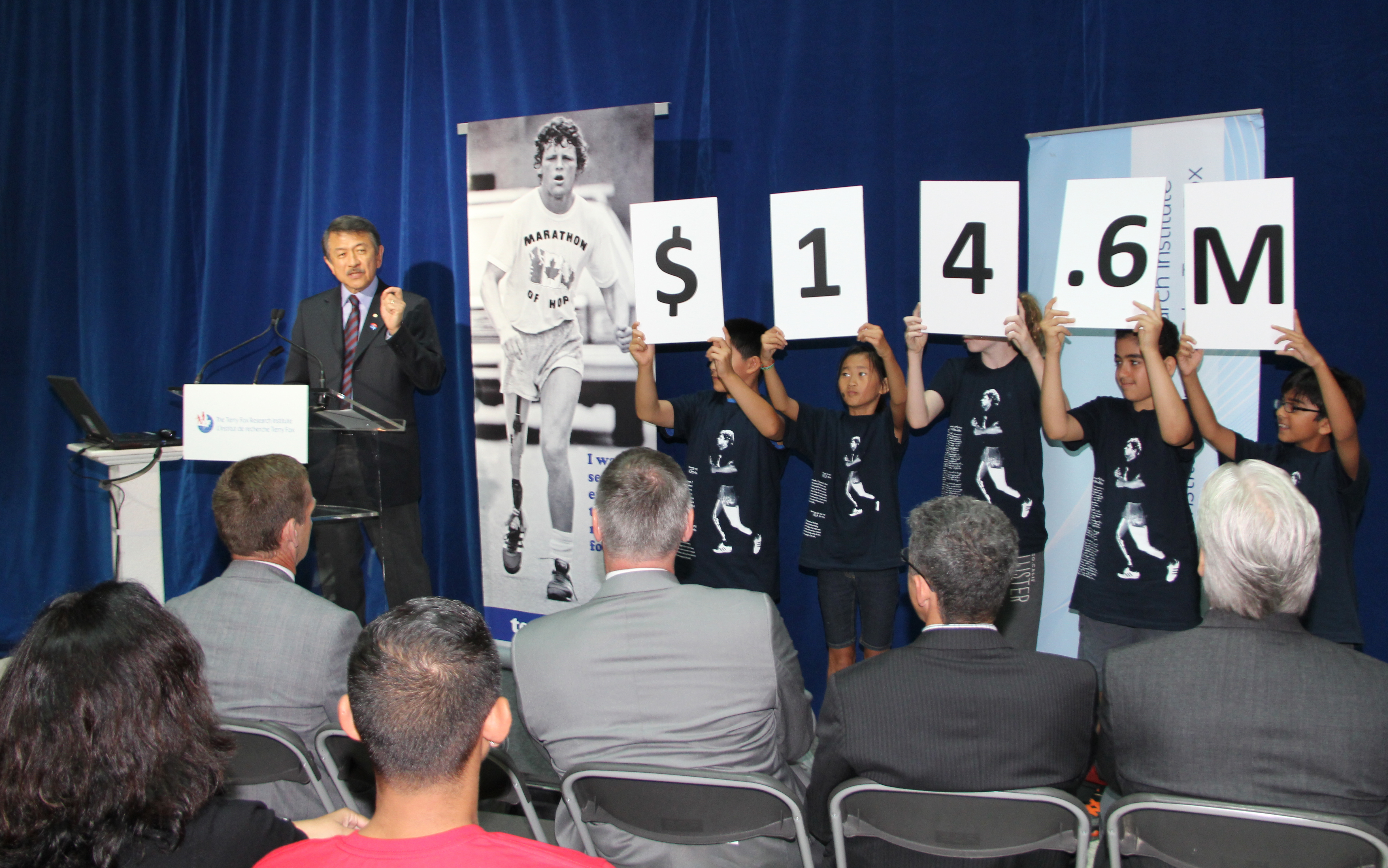