Golf Canada and title sponsor RBC today announced that the historic Hamilton Golf and Country Club in Ancaster, Ont., will host the RBC Canadian Open in 2019 and 2023.
The tournament’s return to the Harry Colt designed course in 2019 is timed perfectly – marking the 100-year anniversary since the renowned club originally hosted Canada’s National Open Golf Championship.
“Together with our partners at RBC and the PGA TOUR, we are extremely proud to be bringing the RBC Canadian Open back to the Hamilton Golf and Country Club in both 2019 and 2023,” said Laurence Applebaum, CEO of Golf Canada. “There are few courses in the country that can equal Hamilton in terms of excellence and storied history and I am delighted that the club’s membership and the City of Hamilton have joined us to bring the RBC Canadian Open back to Hamilton twice over the next five years.”
Consistently ranked among Canada’s best courses, Hamilton’s parkland setting, which includes winding fairways, multi-elevations and undulating greens, have made the club a favourite of the PGA TOUR pros who’ve played it throughout the years.
“Returning to Hamilton Golf and Country Club in 2019 and 2023 is a great fit for RBC and the RBC Canadian Open,” said Matt McGlynn, Vice President, Brand Marketing for RBC. “Our clients and all Canadian golf fans want to see the world’s best golfers playing the world’s best courses and by having Team RBC challenge the PGA TOUR’s best at Hamilton, we will accomplish just that.” 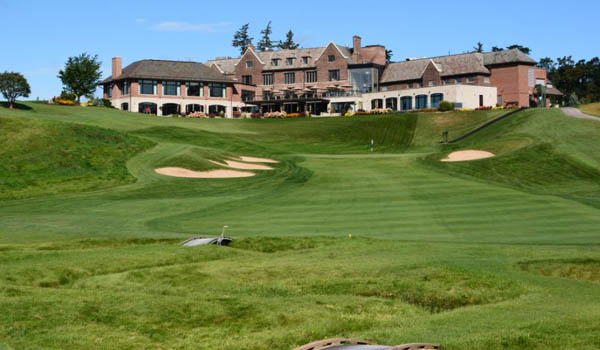 The Hamilton Golf and Country Club previously hosted five Canadian Opens, with the first taking place in 1919 – a championship featured two of the most legendary names in golf – Bobby Jones and Francis Ouimet. J. Douglas Edgar would go on to earn a 16-stroke win – a PGA TOUR record that stands to this day as the largest margin of victory.
Other players to have won the Canadian Open at Hamilton Golf and Country Club include Tommy Armour (1930), Bob Tway (2003), Team RBC member Jim Furyk (2006) and Scott Piercy (2012).
In addition, Hamilton has hosted many other prestigious events including the (former) Canadian Senior Championship in 1996 as well as several Ontario (1932, 1974 and 1991) and Canadian Amateur Championships (1922, 1927, 1935, 1948, 1977 and 1994).
“We are proud to host the most prestigious championship in Canadian golf and welcome the RBC Canadian Open and the stars of the PGA TOUR to Hamilton Golf and Country Club twice over the next five years,” said Hamilton Golf and Country Club’s President Chris Hamel. “Our members are honoured to have the opportunity to help write additional chapters in the long and storied history of Canadian golf and the RBC Canadian Open in 2019 and 2023 and are especially pleased to celebrate a centennial connection in 2019 between our club and Canada’s National Open.”
The confirmation of the Hamilton Golf and Country Club as the host venue for 2019 and 2023 was also made possible through a new partnership between the city of Hamilton and Golf Canada. This partnership will result in Canada’s National Sport Federation bringing multiple events and golf championships to the city to complement the two RBC Canadian Opens.
“We are thrilled to welcome the stars of the PGA TOUR back to Hamilton for two more years,” said Fred Eisenberger, Mayor of Hamilton. “The RBC Canadian Open is a world class event and I know our citizens take great pride in hosting the championship here in their backyard. In addition, through our partnership with Golf Canada, our region will welcome numerous national and regional golf championships between 2019 and 2023. With a goal to leave an economic, charitable and social legacy through golf, we look forward to becoming a hub community for Canadian golf.”
The stars of the PGA TOUR won’t be the only ones having fun during tournament week when the RBC Canadian Open stops in Hamilton. Golf Canada, RBC and all tournament partners have embraced the PGA TOUR’s new fans first mantra, highlighted in the Tour’s new “Live Under Par” campaign. The event has become much more than just 72 holes of world-class golf – it’s one of Canada’s most prolific sporting events, chocked-full of activities for spectators, whether they are core golf fans or new to the sport.
This year’s RBC Canadian Open will take place east of Hamilton at Glen Abbey Golf Club in Oakville, Ont., from July 20-26, 2018. Ticket, volunteering, sponsorship and corporate hospitality info is available online at www.rbccanadianopen.com.