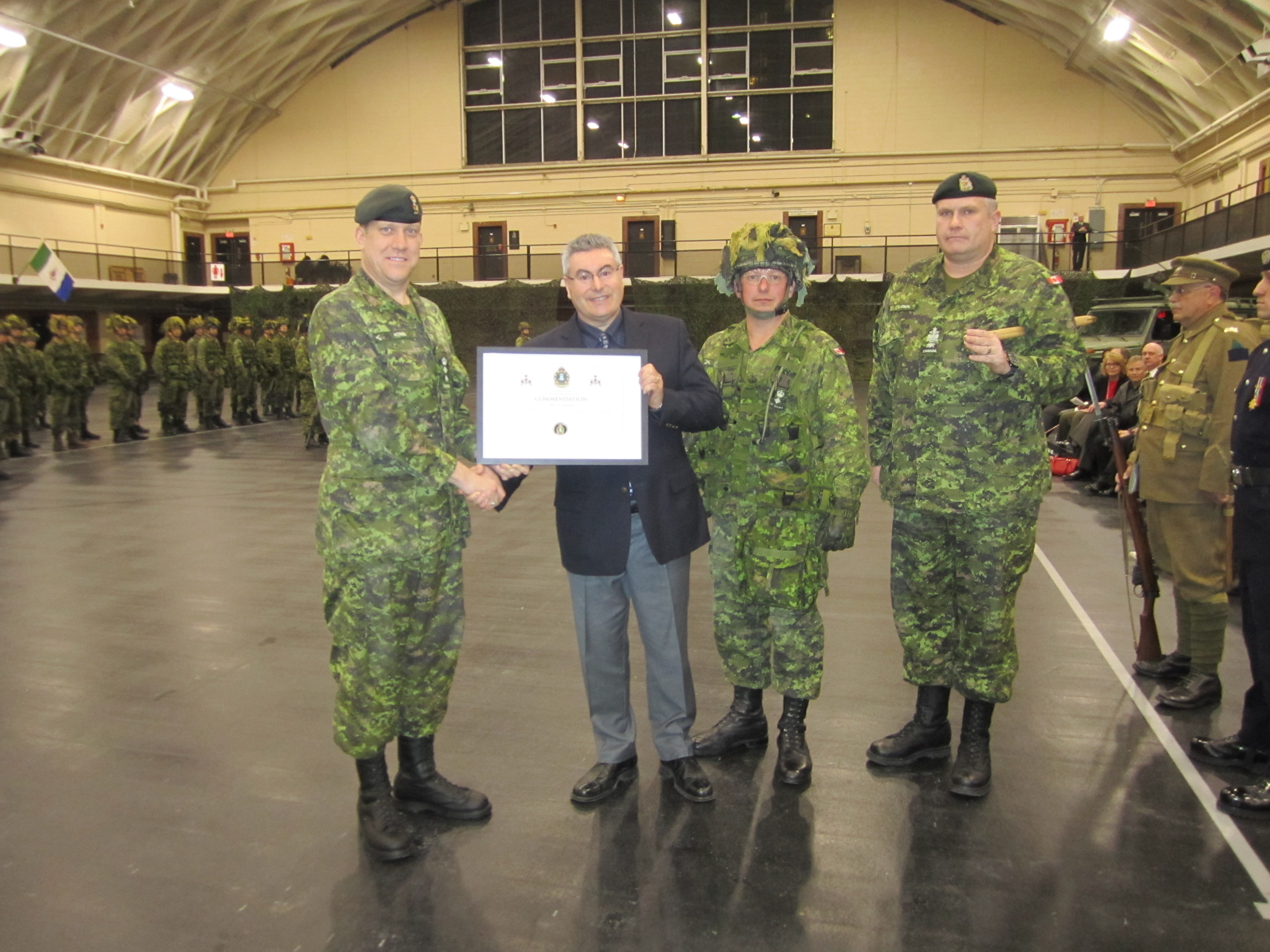 For his tireless work in helping organize and carry out a high-profile public event, Mr. Burke Van Valkenburg is awarded the 32 Canadian Brigade Group Command Team Commendation.  In October 2014, after the tragic death of Corporal Nathan Cirillo, Mr. Van Valkenburg was a crucial player in putting together a Toronto ceremony on the day of Cpl. Cirillo’s funeral, working on his own time and with very little advance warning.  His dedication and skill made possible a simulcast of the funeral from Hamilton, allowing Toronto soldiers and members of the public to honour the fallen soldier.

Similar to above as well as commendation given for planning and communications for two high profile public events including the June 5 visit by Colonel-in-Chief His Royal Highness The Duke of York to officially recognize five new battle honours bestowed on the Regiment and the Toronto ceremony on very short notice for the day of Cpl. Cirillo’s funeral. 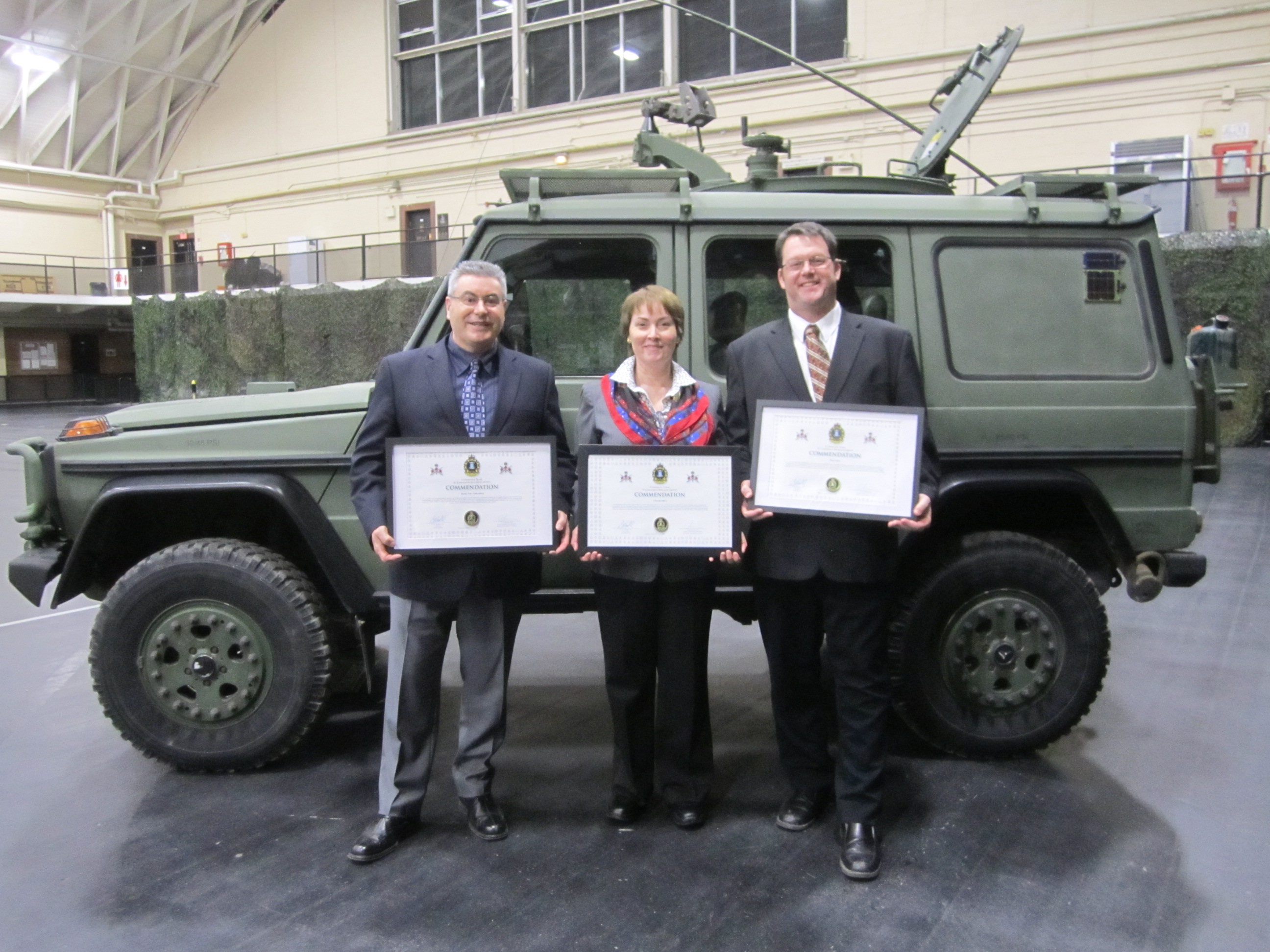