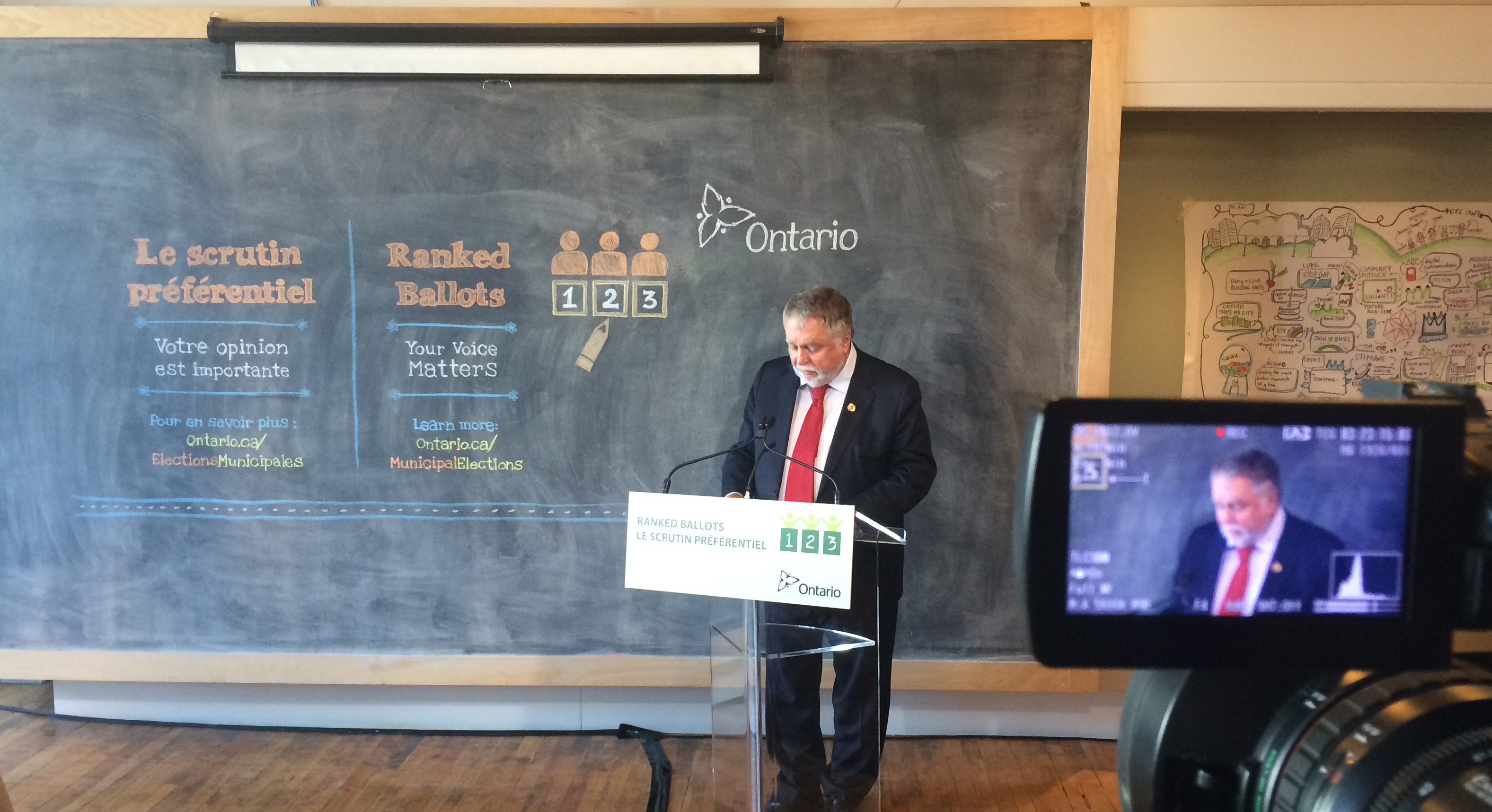 The Hon. Ted McMeekin – Minister of Municipal Affairs and Housing

The Municipal Elections Act is reviewed following each municipal election, and in addition to considering ranked ballots, the review will also assess whether the rules about electing municipal leaders are clear and simple and whether the Act reflects how modern campaigns and elections should be run. To that end, the review will evaluate the current effectiveness of rules about campaign financing, third party advertising, enforcement and accessibility in municipal elections.

There are a number of ways that Ontarians can provide their input including online and by mail. At the same time, a working group made up of municipal clerks, municipal representatives and ranked ballot advocates will provide the government with advice on how to make ranked ballots work best in Ontario.

Allowing more choice in municipal elections is part of the government’s economic plan to build Ontario up. The four-part plan includes investing in people’s talents and skills, making the largest investment in public infrastructure in Ontario’s history, creating a dynamic and innovative environment where business thrives, and building a secure retirement savings plan.