Ontario intends to make it easier to vote and engage more people in the democratic process, including youth.

Today Ontario will introduce the Election Statute Law Amendment Act that would, if passed, implement a number of recommendations made by Ontario’s Chief Electoral Officer to promote voter participation and improve the voting experience, modernize the election process, and provide clearer rules to parties and candidates before and during elections.

• Engaging more young people earlier in the democratic process by allowing 16- and 17-year-olds to pre-register to vote with Elections Ontario on a new provisional register, with the minimum age to vote remaining 18
• Making it easier for voters to get to polling stations by moving the scheduled election date from fall to spring to take advantage of the longer daylight hours and warmer weather
• Allowing for the use of electronic vote tabulators at voting stations so that votes can be counted more quickly and accurately. 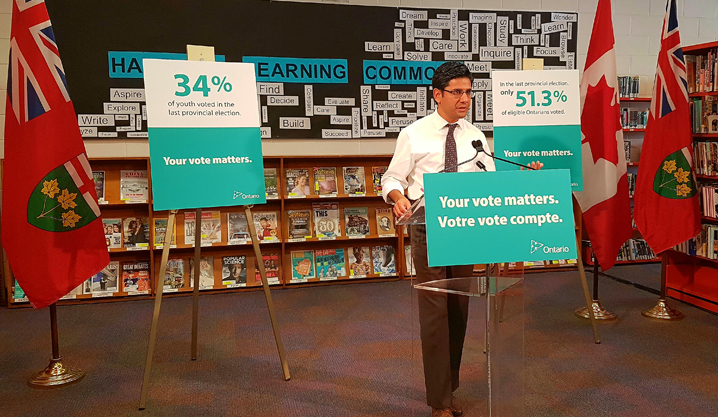 To help improve representation of people living in Ontario’s northernmost communities, including Indigenous people, the bill would also establish the Far North Electoral Boundaries Commission to advise on the creation of up to two additional ridings in the province’s far North.

Together with the Electoral Boundaries Act, 2015 and the proposed Election Finances Statute Law Amendment Act, 2016, this bill builds on the government’s plan to transform provincial elections in Ontario.