Ontario is creating more opportunity and security for workers through its plan for Fair Workplaces and Better Jobs. This includes raising the minimum wage, ensuring part-time workers are paid the same hourly wage as full-time workers, introducing paid sick days for every worker, enabling at least three weeks’ vacation after five years with the same employer and stepping up enforcement of employment laws. 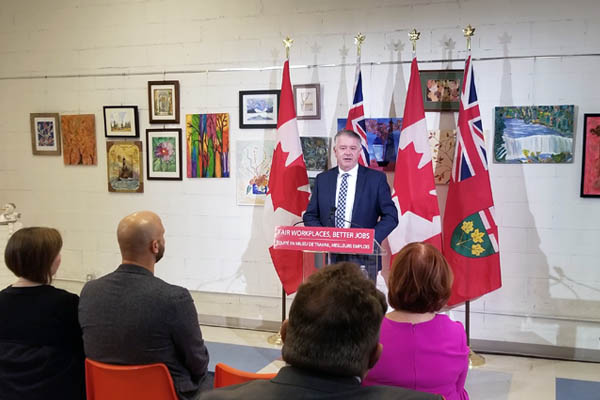 To enforce these changes, the province is hiring up to 175 more employment standards officers. It is also launching a program to educate both employees and businesses about their rights and obligations under the Employment Standards Act, 2000.