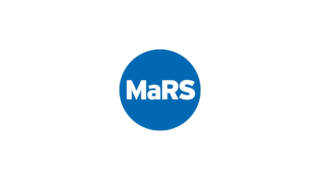 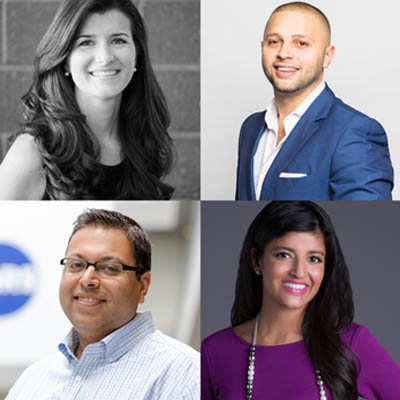 Business incubation is a unique and highly flexible combination of business development processes, infrastructure and people designed to nurture new and small businesses by helping them to survive and grow through the difficult and vulnerable early stages of development. Toronto has become the Canadian home base for a handful of incubators looking to foster dynamic start-ups into market giants.  The leaders of MaRS, DMZ, and Highline BETA, discuss what success in this space looks like and what we can expect for the future of incubators.

Lauren is an active speaker and recognized leader in the Canadian technology, accelerator and innovation ecosystems, through her contributions to various Boards and other national and global initiatives. She has served as an active Board member for the National Angel Capital Organization (NACO), Canadian Acceleration and Business Incubation (CABI) Association and Vancouver Entrepreneurs Forum (VEF), and has led multiple initiatives to support and empower women investors and entrepreneurs, including in her role as Executive Director of Female Funders.

Abdullah Snobar is the Executive Director of the DMZ at Ryerson University, the number one university-based incubator in the world. He leads a team that is passionate about helping Canada’s most promising startups scale their business and create innovative technology that changes lives.

Since inception, the Toronto-based incubator has helped scale over 325 companies, which have raised more than $400 million and fostered 3,100 jobs. Under his leadership, the DMZ has successfully expanded into the U.S. with its first office in New York City’s financial district, launched a leading revenue and sales growth accelerator program for high-potential startups, and created a world-class Entrepreneurs-in-Residence program, which matches some of the best leaders in tech with DMZ’s high-value entrepreneurs. Focused on designing quality programming and expanding the incubator’s international reach, Abdullah spearheaded a new Advisory Council comprised of the top business and tech minds in North America. As an active leader in the local entrepreneurial community, he played an instrumental role in launching the DMZ’s Sandbox, the city’s first free skills development space for aspiring and early-stage entrepreneurs — his vision is to equip individuals with the skills needed to succeed in a complex marketplace.

Passionate about giving back to the community, he has spent years volunteering in various capacities. He currently serves as a board member with the Ontario Trillium Foundation, City of Toronto Innovation Economy Advisory Council, and RBC’s Future of Skills Advisory Board where he shapes impactful community initiatives. Abdullah is also the co-creator of Supa Maasai — a non-profit foundation in Kenya — working to improve the day-to-day lives of Africa’s Maasai women and children.

As a sought-after public speaker, his expertise has landed him coverage in both print and broadcast publications, which include BNN, The Globe and Mail, Financial Post and CBC Radio. Abdullah has played a pivotal role in nurturing up-and-coming Canadian talent and boosting entrepreneurship from coast to coast. He holds a B.Comm. and MBA degree from Ryerson University.

Salim Teja is the President, Venture Services for MaRS, where he leads the overall strategic direction of MaRS’ venture services areas: Energy & Environment (Cleantech), Finance & Commerce (FinTech), Health and Work & Learning. He is an experienced entrepreneur and active early-stage technology investor, with deep industry expertise in software and digital media.

Salim joined MaRS from Indigo Books & Music, where, as vice president of corporate development, he drove the formation of the company’s Digital Innovation Lab. Prior to Indigo, Teja held the position of COO at CX Digital, a leading online ad network.

He has also held roles as COO of b5media and partner with early-stage VC firm Brightspark Ventures, where he was the driving force behind investments, including Radian6 (recently acquired by Salesforce.com). He was also co-founder and vice president of sales and business development for San Francisco-based MobShop Inc., a pioneer in online group-buying funded by GE Capital, Visa International, Mayfield Fund and Marc Andreessen.

He is a graduate of the University of Western Ontario’s Richard Ivey School of Business.

Amber Kanwar is an expert when it comes to financial markets and disruptive technologies. As the successful host of Business News Network’s flagship morning show, Business Day AM, and co-host of CTV’s The Disruptors, she has interviewed everyone from CEOs of major companies, to start-up technology entrepreneurs, fund managers, politicians, and thought leaders. Amber is a relentless digger, always looking for ways to breakdown complex topics and ideas and making them accessible to anyone who is interested. Prior to joining BNN, Amber completed her Master of Journalism degree at Ryerson University. Her Master’s thesis was an investigative story into the fertility industry that broke a national scandal and appeared on the front page of The Globe and Mail.