Voting is now open for the CAA Worst Roads campaign. Celebrating 15 years of change, the annual campaign is a platform for Ontarians to make
roads safer by helping different levels of governments understand what roadway improvements are important to citizens, and where they need to be made.
“The annual CAA Worst Roads advocacy campaign has influenced change for 15 years,” said Raymond Chan, government relations at CAA South Central Ontario (CAA SCO). “We are calling on all Ontarians to vote for their worst road today and join the community of drivers, cyclists and pedestrians committed to improving Ontario’s roads. We are all road users, and everyone has a role to play to make roads safer.” 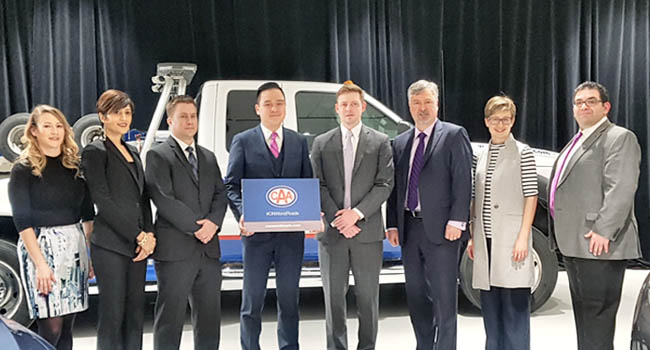 To celebrate 15 years of the CAA Worst Roads campaign, CAA invited stakeholders from across the province to participate in a digital campaign to highlight why it’s important for Ontarians to share their opinion on road quality and safety.

“CAA Worst Roads is the kind of input that helps spur governments to focus on priorities,” said Doug Switzer, president at Ontario Motor Coach Association. “I think this kind of input is truly grassroots democracy at its best, where the citizens of the province are telling politicians ‘you can make this road a little bit better and it would make all of our lives a little bit better if you fixed it for us’.”

Roadways can be nominated for reasons such as potholes, deteriorating pavement, limited or non-existent cycling or walking infrastructure or poor road signs. “A pothole on the road can be dangerous for someone on a bike and on a narrow wheel,” said Jamie Stuckless, executive director at Share the Road Cycling Coalition. “When people go to vote in the CAA Worst Roads campaign, they should think of roads as whole – not just as a motorist but also as a pedestrian and cyclist.”

Votes for CAA’s Worst Roads can be cast at caaworstroads.com until April 15. Participants will be entered weekly into prize draws, concluding with a grand prize draw to win free gas for a year.

Once voting is closed, CAA will compile a list of the Top 10 Worst Roads in Ontario and the worst roads in regions across the province. The regional top five lists will help shine a light on the state of local roads in municipalities across Ontario. CAA will present the list of 2018 Worst Roads to local and provincial officials to help inform future funding and planning decisions.

Top CAA Worst Roads over the last 15 years include: