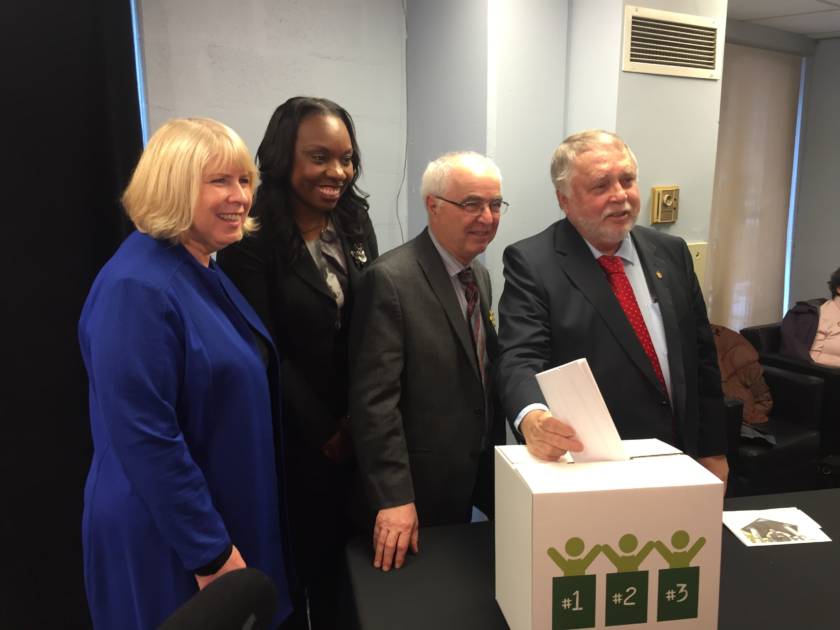 Between May and July 2015, Ontario consulted on potential changes to the Municipal Elections Act and received more than 3,400 submissions. Most submissions were from members of the public and supported giving municipalities the option of using ranked ballots in future elections, which would allow a voter to rank candidates in order of preference. The option to use ranked ballots would begin for the 2018 municipal elections.

Other proposed changes to the act would, if passed, increase transparency and accountability and make election rules clear and modern, by:
•Shortening the campaign calendar by opening nominations for candidates on May 1 instead of January 1
•Creating a framework to regulate third party advertising, including contribution and spending limits
•Making campaign finance rules clearer and easier to follow for voters, candidates and contributors, including giving all municipalities the option to ban corporate and union donations
•Removing barriers that could affect electors and candidates with disabilities
•Making it easier to add or change information on the voters’ list

Enhancing transparency and accountability and allowing more choice in municipal elections is part of the government’s economic plan to build Ontario up and deliver on its number-one priority – growing the economy and creating jobs. The four-part plan includes investing in talent and skills, including helping more people get and create the jobs of the future by expanding access to high-quality college and university education. The plan is also making the largest investment in public infrastructure in Ontario’s history and investing in a low-carbon economy driven by innovative, high-growth, export-oriented businesses. The plan is also helping working Ontarians achieve a more secure retirement.