Ministry of the Attorney General

Ontario is taking steps to improve the province’s criminal justice system to make it faster and fairer.

The government’s plan to reduce time-to-trial and improve the bail system will enhance public safety by speeding up the resolution of criminal cases and making more supports and supervision available to vulnerable, low-risk individuals who come in contact with the law. 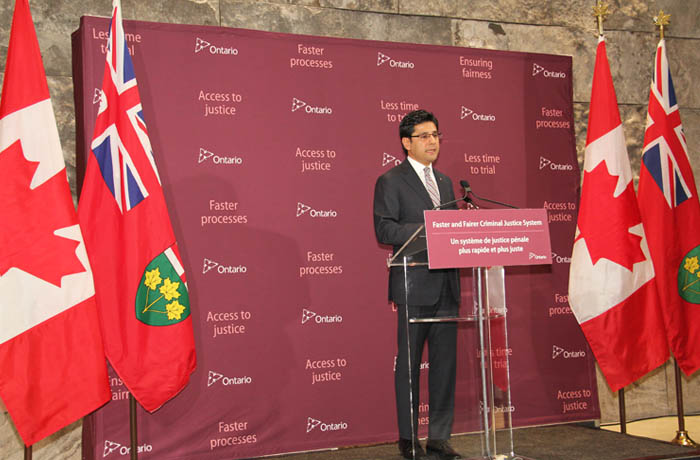 The plan includes:
•Appointing 13 more judges to the Ontario Court of Justice, as well as adding 32 assistant Crown attorneys, 16 duty counsel, and 26 court staff to ensure faster justice.
•Provincewide expansion and enhancement of the province’s existing Bail Verification and Supervision Program to help facilitate the successful release on bail of low-risk accused pending trial, by making the program available at a number of weekend court locations and extending eligibility to allow more vulnerable people to be served across the province.
•Launching an innovative new “bail beds” program to provide safe, supervised housing for low-risk individuals in five Ontario communities.
•Making duty counsel available at six correctional facilities across the province to allow for more effective bail hearings.
•Developing a new, culturally-responsive program to provide supports to Indigenous people going through the bail and remand process.