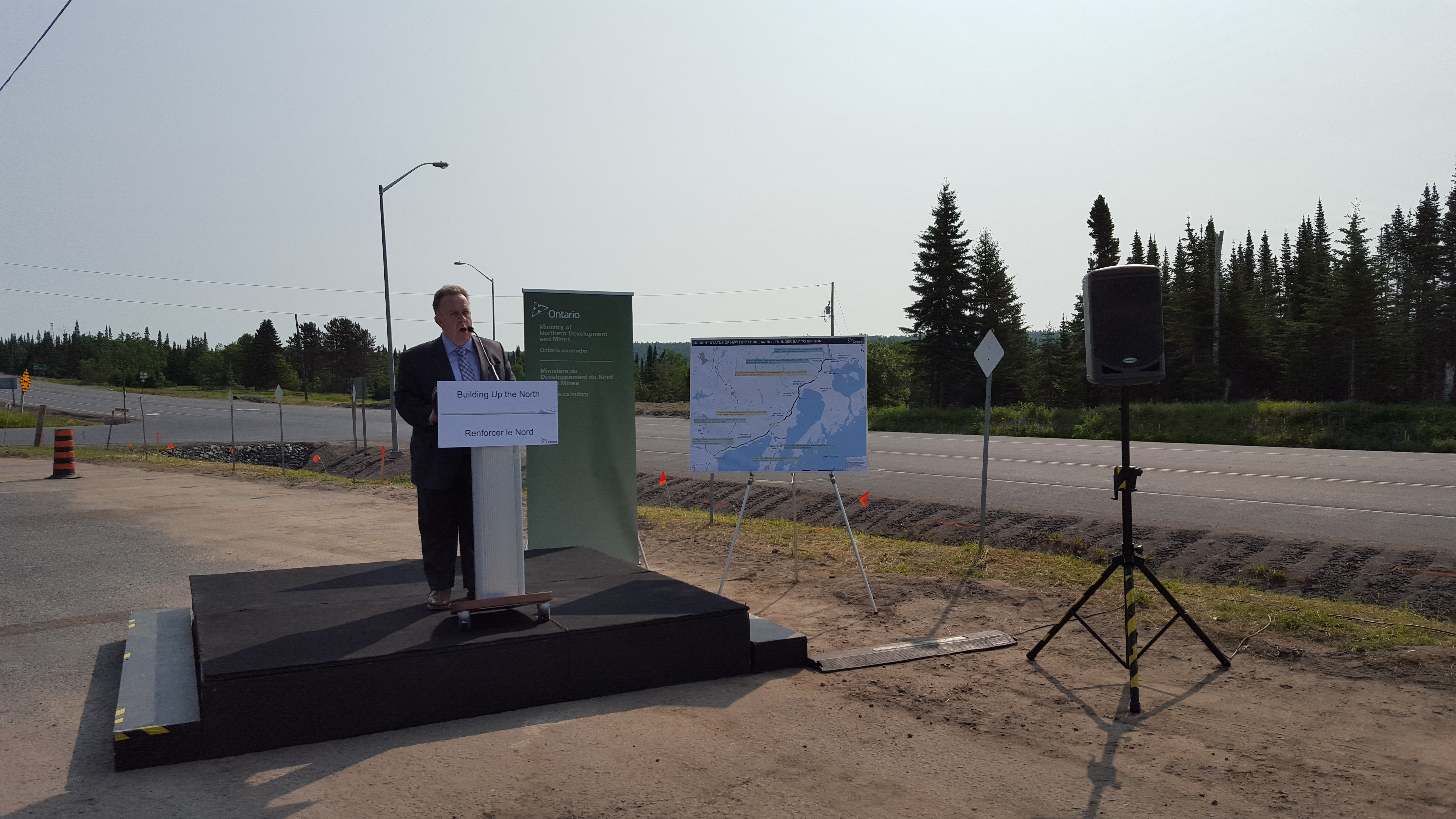 Four-laning work continues on Highway 11/17 between Thunder Bay and Nipigon, including the construction of the Nipigon River Bridge. More than half of the four-laning on this stretch of highway is now underway or complete.

In addition, nearly 130 kilometres are being rehabilitated and six bridges and two culverts are being replaced or repaired on stretches of Northwestern Ontario highways.

This funding is part of the largest infrastructure investment in Ontario’s history — more than $130 billion over 10 years, which will support more than 110,000 jobs per year on average, with projects such as roads, bridges, transit systems, schools and hospitals across the province.

The government’s plan to build Ontario up is supported by a number of initiatives, including broadening the ownership of Hydro One — an approach that raises billions for infrastructure.

Ontario’s long-term infrastructure plan will help connect regions, develop new economic opportunities and improve quality of life for Ontarians by supporting critical projects in cities, towns, and rural and remote communities all across the province.

Investing in northern highways is part of the government’s plan to build Ontario up. The four-part plan includes investing in people’s talents and skills, making the largest investment in public infrastructure in Ontario’s history, creating a dynamic, innovative environment where business thrives, and building a secure retirement savings plan.