Advisor to Review Use of Segregation in Province’s Corrections System

Ontario has appointed an independent advisor on corrections reform to provide advice to the government on the use of segregation and ways to improve the province’s adult corrections system.

Howard Sapers, who has most recently served as the Correctional Investigator of Canada and Ombudsman for offenders sentenced in federal correctional institutions, will review the use of all forms of segregation in Ontario’s corrections facilities, and will identify opportunities for longer-term corrections transformation. 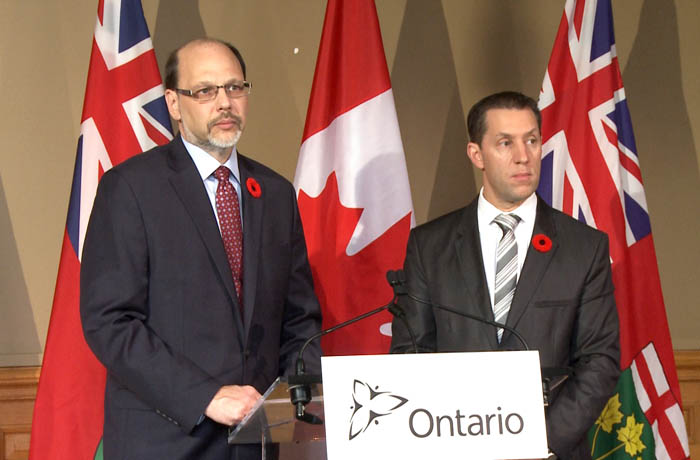 Mr. Sapers will advise the government on ways to:
•Reduce the number of people held in segregation and the length of time individuals spend in segregation
•Build a system in which appropriate alternatives to segregation are made available for people with acute mental health issues and other vulnerable inmates
•Ensure that segregation is used only in rare circumstances
•Improve the conditions for those who, for their own safety or the safety of others, must be segregated from the general population
•Enhance oversight of inmates and correctional institutions, which may include the creation of a permanent external oversight body
•Improve training and recruitment processes for staff to align with a modernized approach to segregation
•Update legislation, regulations, policies and procedures to support these objectives.

His appointment begins on January 1, 2017 and Mr. Sapers will provide an interim report on the use of segregation in Ontario’s adult correctional facilities within 60 days. The interim report will give recommendations on ways to address current issues and challenges related to segregation. This could include additional improvements to build on the government’s recent changes, as well as shorter-term opportunities to reduce the use of segregation.

The final report, expected in spring 2017, will help inform the government’s approach to long-term reform in the corrections system. This work may include exploring options for enhancing programming and formalizing internal and external oversight functions.