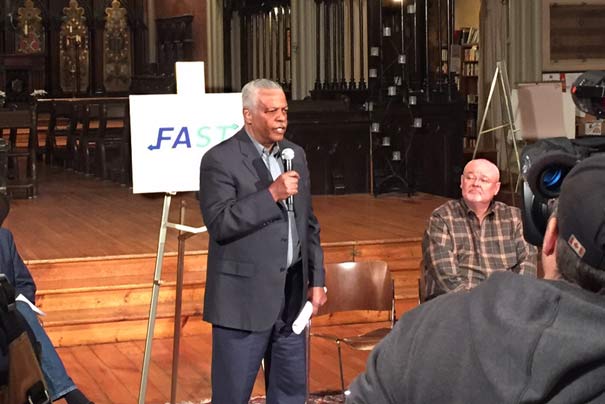 A broad coalition of Torontonians today announced the formation of FAST-Friends & Allies of SmartTrack (www.FASTGTA.ca). They are coming together to promote a concept that has the potential to jump-start transit for Toronto and the GTA.

SmartTrack was a key promise in Mayor John Tory’s election campaign. It proposes to take advantage of what Toronto already has: an extensive network of regional rail lines to bring a new mass transit service similar to London’s Overground system or Paris’s RER.

Already Ottawa has committed billions of dollars to the project and Queen’s Park has allocated funding to electrify the GO lines—a key element of the SmartTrack plan.

FAST is reaching out to fellow Torontonians to learn about SmartTrack, to support the cause and to ask questions of their elected representatives and of those seeking office. It will be a transparent campaign: the names of all FAST supporters and donors will be posted on the website- www.FASTGTA.ca.

FAST-Friends & Allies of SmartTrack will register as a lobby group, but its principal purpose will be to promote a great idea. It will operate as a non-profit, with all funds raised devoted to creating a variety of awareness campaigns such as town halls and informational videos. FAST will also be a centre for SmartTrack-related news and analysis via www.FASTGTA.ca.

“We’re here to advocate for SmartTrack and to educate the public about how it could make a huge difference in cutting congestion and moving people around the region,” said Dr. Curling.

Listen to the audio of the announcement below: