Ministry of Tourism, Culture and Sport

Another Record-Breaking Year for Production in Ontario

Ontario’s film and TV industry supported more than 35,000 jobs in 2016 and contributed $1.7 billion to Ontario’s economy, fueled in part by significant provincial investments and the province’s highly skilled workforce.

Tourism, Culture and Sport Minister Eleanor McMahon was at the William F. White Centre, a state-of-the-art professional production equipment facility in Toronto, to announce the 2016 results. 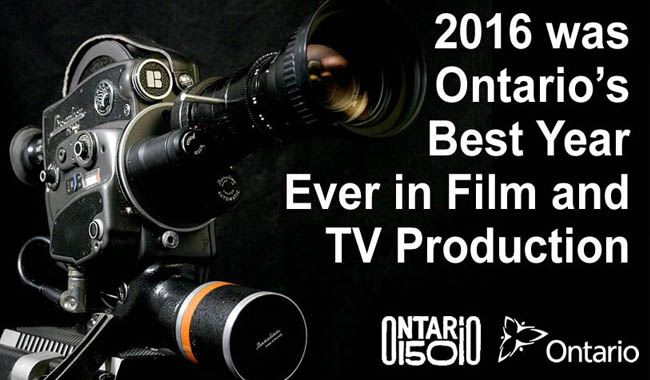 • An increase of nearly 3,200 jobs over the previous year
•The sixth consecutive year that film and TV productions supported by the province contributed more than $1 billion to Ontario’s economy
•Steady overall growth across the film and television industry, in both domestic and foreign productions
•The production of award-winning shows including Murdoch Mysteries, Orphan Black and Letterkenny occurring in Ontario

Supporting a vibrant film and TV industry is part of our plan to create jobs, grow our economy and help people in their everyday lives.