Ontario passed landmark legislation that will bring more fairness to Ontario workplaces and create more security and opportunity for vulnerable workers and their families.

Kevin Flynn, Minister of Labour and Dipika Damerla, Minister of Senior Affairs, were at the Mississauga Food Bank to explain the advantages of Fair Workplace Better Jobs Act. 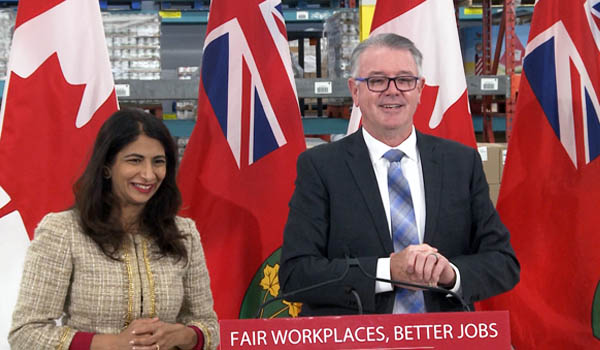 The Act will raise the minimum wage, ensure more fairness for part-time and contract workers, expand personal emergency leave and step up enforcement of employment laws.

The government is also expanding family leaves and adding measures to ensure that employees are not misclassified as independent contractors, ensuring they get the benefits and protections they deserve.