Ontario is recognizing a decade of collaboration with Indigenous and education partners to support the well-being and achievement of First Nation, Métis and Inuit students, with new investments in the revitalization of Indigenous languages.

Indira Naidoo-Harris, Minister of Education, and Mitzie Hunter, Minister of Advanced Education and Skills Development, were at Eastview Public School in Toronto to mark ten years of collaboration and announce that the province is investing in 40 community-led programs that promote the revitalization of Indigenous languages. These projects will include language camps, Indigenous language immersion programing, and the creation of curriculum, games and apps to support language learning. 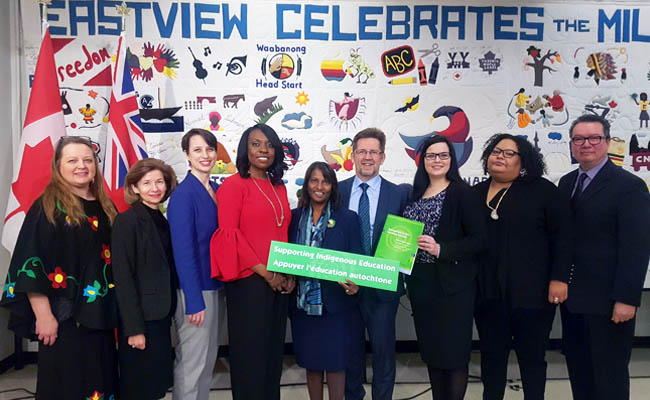 Supporting the achievement and well-being of Indigenous students is one of the many steps on Ontario’s journey of healing and reconciliation with Indigenous peoples. It reflects the government’s commitment to work with Indigenous partners in making meaningful change and creating a better future for everyone in the province.