Ministry of the Attorney General

In response to the federal government’s plan to legalize cannabis by July 2018, Ontario is committing to a safe and sensible framework to govern the lawful use and retail of recreational cannabis as a carefully controlled substance within the province.

Yasir Naqvi, Attorney General, Charles Sousa, Minister of Finance and Eric Hoskins, Minister of Health and Long-Term Care, announced today that legislation will be introduced later this fall, following the conclusion of provincewide consultations. Ontario’s approach to the legalization of cannabis will be informed by the province’s experience in managing tobacco and alcohol, as well as practical lessons of other jurisdictions that have recently legalized cannabis. 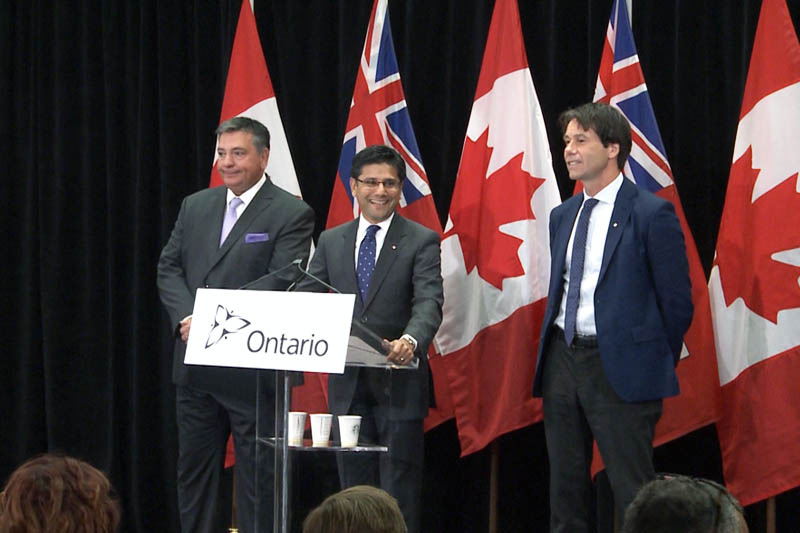 This approach will focus on ensuring a safe and sensible transition to federal legalization. Key elements include:
•The proposed minimum age to use, purchase and possess recreational cannabis in Ontario will be 19. The use of recreational cannabis will be prohibited in public places and workplaces.
•The LCBO will oversee the legal retail of cannabis in Ontario through new stand-alone cannabis stores and an online order service. This approach will ensure that there will be only one legal retail distributor for cannabis in Ontario and alcohol and cannabis are not sold alongside each other.
•Approximately 150 standalone stores will be opened by 2020, including 80 by July 1, 2019, servicing all regions of the province. Online distribution will be available across the province from July 2018 onward.
•Illicit cannabis dispensaries are not and will not be legal retailers. The province will pursue a coordinated and proactive enforcement strategy, working with municipalities, local police services, the OPP and the federal government to help shut down these illegal operations.
•Ontario will prohibit individuals under the age of 19 from possessing or consuming recreational cannabis, which will allow police to confiscate small amounts of cannabis from young people. The province’s approach to protecting youth will focus on prevention, diversion, and harm reduction without unnecessarily bringing them into contact with the justice system.

The province will support young people and vulnerable populations through the development of an integrated prevention and harm reduction approach that would promote awareness of cannabis-related health harms and help people make informed decisions about use. The approach will also include education, health and social service providers that work with, and educate, youth and young adults.

Decisions with respect to pricing and taxation will be made after further details are provided by the federal government. Final decisions will be informed by focusing on the objectives of discouraging consumption and eliminating the illegal market.

In the lead up to federal legalization, to help ensure public awareness of this transition and the new measures that will take effect, the government will also undertake a public information campaign in coordination with the federal government.

Ontario intends to consult closely with municipalities, Indigenous communities, and stakeholders to determine additional details about the retail and distribution system.