Ontario is taking action to overhaul the province’s land use planning appeals system to give communities a stronger voice and ensure people have access to faster, fairer and more affordable hearings.

In the coming weeks, legislation will be introduced to create the Local Planning Appeal Tribunal, which would, if passed, replace the Ontario Municipal Board. The new tribunal would be mandated to give greater weight to the decisions of local communities, while ensuring that development and growth occurs in a way that is good for Ontario and its future. This would be achieved by eliminating lengthy and costly “de novo” hearings for the majority of planning appeals. The term “de novo” has been used to describe how the Ontario Municipal Board deals with appeals of municipal land use planning decisions, by considering the same issue that was before the municipality as though no previous decision had been made. 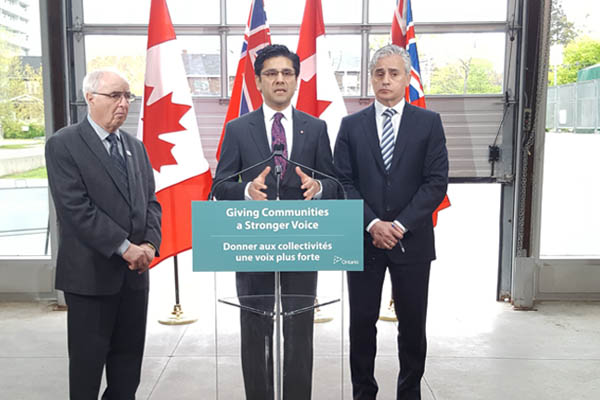 Ontario would also make planning appeals more accessible to the public by creating the Local Planning Appeal Support Centre, a new agency that would provide free information and support, which may include representation at the tribunal for citizens who want to participate in the appeal process.

The new legislation would include additional measures to transform Ontario’s land use planning appeals system, including:
•Exempting a broader range of major land use planning decisions from appeal, including new Official Plans, major Official Plan updates and detailed plans to support growth in major transit areas.
•Establishing a mandatory case conference for complex hearings to encourage early settlements, which would help reduce the time and cost of appeals and create a less adversarial system.

The proposed changes follow extensive public consultations, beginning with the release of a consultation paper in October 2016. The government received more than 1,100 written submissions and held 12 town hall meetings across the province that were attended by more than 700 people.

Improving the land use planning system is part of Ontario’s plan to create jobs, grow our economy and help people in their everyday lives.