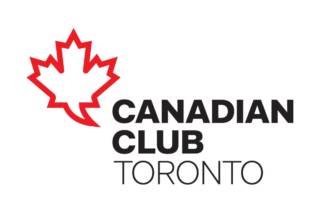 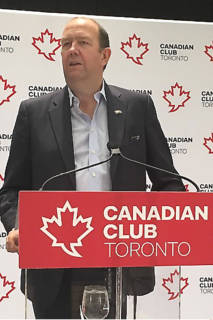 Guy Laurence, President & CEO, Rogers – Speaking to the Canadian Club of Toronto – “Is it time for Canada?”

Major markets around the world are facing significant challenges. Join Rogers President and CEO, Guy Laurence, as he puts global issues into context and highlights the opportunity for Canada on the world stage.

Guy Laurence joined Rogers as President and Chief Executive Officer on December 2, 2013. He brings more than 30 years of global experience in telecommunications, media and pay television.

Guy joined Rogers from Vodafone where he was Chief Executive Officer of Vodafone UK, an estimated $11 billion fixed and mobile company, operating in one of the most competitive and mature communications markets in the world.

During his tenure from 2008 to 2013, Vodafone UK significantly improved their market position and are currently the most profitable UK operator. In 2012 Laurence led the acquisition of Cable & Wireless Worldwide, a fixed line operator with roughly $2 billion in revenue. Vodafone UK currently has 19.2 million customers.

Guy Laurence first joined Vodafone in 2000, holding a number of increasingly senior roles including CEO of Vodafone Netherlands (2005). Previously, he held senior leadership positions at a number of international media companies including MGM Studios, United Cinemas and Chrysalis Records. In addition to his deep experience in telecom and entertainment, Laurence intrinsically understands the changing media landscape and how media assets can create value for an integrated communications company.

He is a strong executive who takes decisive action in complex, capital intensive businesses. He is passionate about the customer and this thinking guides his decision-making and his approach to operational excellence. Laurence holds progressive views on the role of the modern workplace and is a well-known public speaker on the subject. He also believes businesses must make an active contribution to the communities that surround them. Guy was recognized by the UK Prime Minister, David Cameron, for developing a text donation service that is now used by over 18,000 charities in the UK.