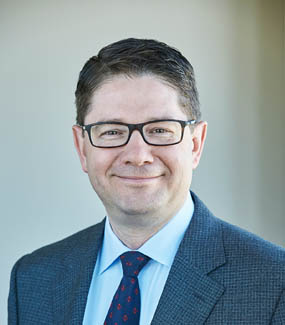 Eric Martel discusses how Hydro-Québec’s clean and renewable electricity contributes to creating a low-carbon economy and plays a major role in the decarbonization of the power sector. He will also address Hydro-Québec’s commercialization of its expertise and innovations on world markets, and their commitment to “work better, set new sights and build the future.”

Biography:
Eric Martel took office as President and Chief Executive Officer of Hydro-Québec in July 2015. In this capacity, he is responsible for the company’s strategic objectives. Mr. Martel immediately set out four priorities for Hydro-Québec: proactive communication, sustained growth of the company’s activities, and improving customer service and productivity. Prior to this appointment, Mr. Martel worked at Bombardier from 2002 to 2015. He held several senior management positions, including that of President, Bombardier Business Aircraft, where he managed some 12,000 employees throughout the world. He also served as President, Customer Services and Specialized and Amphibious Aircraft. Under his leadership, the Customer Services team expanded its international footprint, generating significant and sustained growth in revenue as well as improving customer satisfaction survey results. He also headed several operational activities. During his career at Bombardier, Mr. Martel succeeded in implementing a solid quality culture throughout the organization, particularly in the course of his duties as Vice President, Quality, Achieving Excellence System and Transformation.

Before joining Bombardier, Mr. Martel worked for various high-profile international companies in the aerospace manufacturing sector, such as Pratt & Whitney and Rolls Royce, as well as for Procter & Gamble and Kraft Foods. Éric Martel holds a Bachelor’s degree in electrical engineering (1991) from Université Laval. He has been actively involved in Centraide of Greater Montréal since the early 2000s.