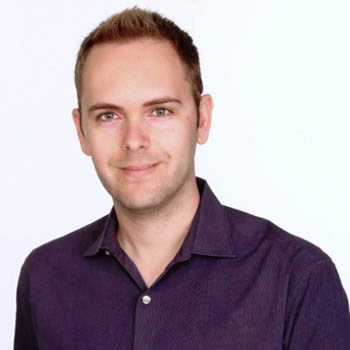 How many false claims has U.S. President Donald Trump made since taking office? According to the tally kept by Canadian reporter Daniel Dale, the number is 4857 … and counting. Since 2016, the Toronto Star’s Washington Bureau Chief has been documenting each one of President Trump’s false claims in real time. Through his tireless following of press conferences, rallies and interviews, Dale has constructed an impressive database of these lies, sorted by topic and venue, and established a large following.

Daniel Dale sits down with Canadian Television Host & Journalist, Valerie Pringle, to discuss why Trump lies, his thoughts on American journalism and some of his favourite anecdotes.

Daniel Dale reports on President Donald Trump and U.S. politics as the Washington Bureau Chief for the Toronto Star. Known as a leading fact-checker of Trump’s statements, he is a regular commentator on CNN and MSNBC and a popular presence on Twitter, where he has amassed a following of more than 500,000. Dale previously covered the Toronto City Hall of Mayor Rob Ford. He has won two Goff Penny Awards as Canada’s best young journalist and a National Newspaper Award for short features. He has been nominated for another National Newspaper Award for his Trump coverage last year. A native of Thornhill, he is a graduate of York University’s Schulich School of Business.

Valerie Pringle is one of Canada’s best known and most respected broadcasters public figures and volunteers.

She started her career at age 19 as a student reporter with CFRB Radio in Toronto after graduating from Radio and Television Arts at Ryerson.
She helped launch the CBC-TV news and current affairs program, MIDDAY. Valerie moved to CTV in 1993 and co-hosted Canada AM until 2001.
Valerie then helped produce, write and host documentaries and series including “Valerie Pringle Has Left the Building”, “Test of Faith” and “The Canadian Antiques Roadshow”.

She is now involved full-time in not for profit work. She is Chair of the Trans Canada Trail Foundation. She is a member of the Foundation Board of the Centre for Addiction and Mental Health Foundation, The Ontario Brain Institute,the Canadian Broadcast Heritage Museum and the International Festival of Authors.She is a mentor for the Pierre Elliott Trudeau Foundation. Valerie was awarded an honourary doctorate from Ryerson University and was appointed as a Member of the Order of Canada in 2006 for her contributions to communications and her volunteer work.