” The Future of Fitness: Peloton “ 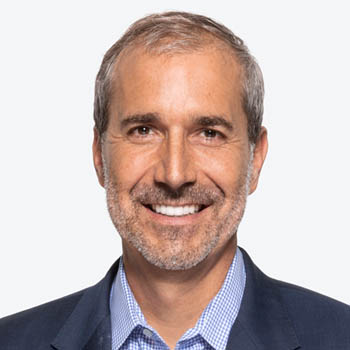 William Lynch, President of Peloton, sits down with Amber Mac to discuss how Peloton, which recently launched in Canada, is driving the future of fitness through its game-changing technology. Since its launch in 2012 in the US, the leading global technology company, which has been dubbed the ‘Netflix of fitness’ by media, has become the go-to exercise regimen for everyone from CEOs to busy parents to high-profile celebrities who need a more convenient way to exercise. With a recent $4 billion valuation, Peloton entered both the UK and Canada this past fall, marking the company’s first foray outside the US market. Peloton recently expanded its content “beyond the bike” with Peloton Digital, which offers running, yoga, bootcamp, stretching, strength, and cardio classes. All content is produced in the brand’s state-of-the-art NYC studios, run by Emmy award-winning television producers, with world-class instructors leading all classes.

In a fireside chat, Lynch will expand on why Peloton is viewed as one of the largest industry disruptors, how the company created a strong community that empowers people to be the best versions of themselves, and what’s next for the brand.

William Lynch is currently the President of Peloton, which brings the benefits and energy of instructor-led group fitness classes to the convenience of your home through a connected indoor Bike. Peloton offers more than 10,000 classes taught by Peloton’s roster of elite instructors, who offer real-time motivation and curated playlists.

As President of Peloton, Lynch is responsible for helping the company scale its business and expand into new categories and markets. Lynch manages all aspects of Peloton’s operations, including sales, marketing, content, hardware, software and supply chain management, and works closely with Peloton’s CEO and Founder John Foley on all strategy, finances and legal matters.

Lynch joins Peloton after an industrious career managing some of the world’s most innovative and disruptive consumer technology companies. As the former CEO of Barnes & Noble Inc. (BKS), Lynch transformed the bookseller into the leading retailer of content, digital media and reading devices. He oversaw the creation and consumer rollout of the critically acclaimed NOOK and also introduced several other award-winning devices, including the world’s first Android color tablet and the touch eReader. During his tenure, his team grew NOOK sales to more than $1 billion in revenues in three years, achieving a strong share of the US eBook and digital magazine market. Prior to Barnes & Noble Inc., Lynch held executive positions at IAC, HSNi and Palm Computing, and most recently served as CEO at Savant Systems, an innovator in smart home technology.

Amber Mac started her career in San Francisco and Boston during the dot-com boom. As a strategist for Razorfish and Director of Marketing for an e-procurement software company, she spent four years in the technology start-up trenches.

Amber left the start-up world to join Microsoft to build one of the first female-focused lifestyle portals. In 2006, she started her own digital agency. The company’s first client was world-renowned business coach, Tony Robbins, and now includes Microsoft, Ford, Google, GE, Paypal, Nintendo, Canada Goose, and Fast Company, and many more leading organizations.

In 2010, she wrote the national bestselling business book Power Friending (Portfolio: New York). In 2016, she co-wrote Amazon bestseller, Outsmarting Your Kids Online. Amber has keynoted more than 300 events around the world and has moderated sessions with Canadian Prime Minister Justin Trudeau, famed astronaut Chris Hadfield, and many other notable leaders.

She is a regular business host and expert for Fast Company, CNN, Bloomberg, CBS, BNN, CTV, The Marilyn Denis Show, and SiriusXM Radio. Plus, she was recently named one of DMZ’s 30 inspirational women making a difference in tech.