” The Importance of Being Out “ 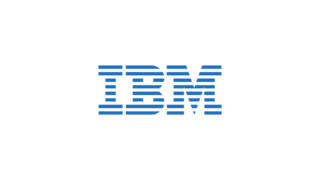 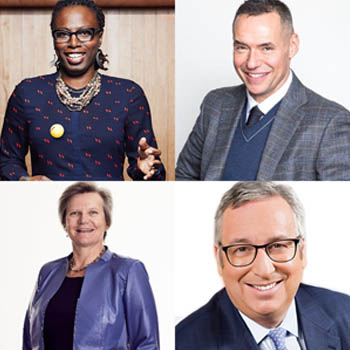 When employees can bring their entire selves to work, everyone wins. Businesses do better, people are happier and young people have the chance to envision themselves living authentically in a number of roles. Join Canadian Club Toronto as we celebrate Pride month with LGBT on B.A.Y.: A panel of successful Toronto individuals reflecting on how far we’ve come in the workplace and the importance of being “out”.

Omo is the Acting Director of the City of Toronto’s Equity, Diversity and Human Rights Division. Prior to commencing that role in June 2017 she was a labour, employment & human rights lawyer in the City of Toronto’s Legal Services Division. She’s a past member of the boards of Community One Foundation (previously Lesbian and Gay Community Appeal Foundation) and the Sherbourne Health Centre and is currently on the board of the Massey Centre.

As a 20-year IT industry veteran, as well as an IBM Distinguished Engineer, Charlotte specializes in designing complex automation and cloud architecture solutions, as well as integrating Hybrid Cloud Management Services to deliver real time business value on the state of the ecosystem.

In her current position as Chief Technology Officer for IBM Services Canada, she has the opportunity to apply her patented automation technology to cloud migration and cognitive transformations in hybrid cloud platforms. This technology—combined with her knack for strategic thinking, commitment to customer satisfaction and ability to effectively break down complex IT problems into easy-to-understand concepts—allows Charlotte to bring value to any challenging IT situation.

She passionate about professional development; contributing to the vitality of the IBM technical community; and promoting the role of women in technology as a member of Society of Women Engineers.

Jaime Watt is the Executive Chairman of Navigator. He specializes in complex public strategy issues, serving both domestic and international clients in the corporate, professional services, not-for-profit, and government sectors.
Widely regarded as Canada’s leading high stakes communications strategist, he is a trusted advisor to boards of directors, business and professional leaders as well as political leaders at all three levels of government across Canada. Jaime has led ground-breaking election campaigns that have transformed politics because of their boldness and creativity.

Jaime has been involved in governance education and thought leadership throughout his career. He is a guest lecturer at a variety of Rotman School programmes at the University of Toronto and is a Lecturer at the Ivey School of Business at Western University. He regularly provides expert opinion in challenging governance situations.

Currently, Jaime chairs the board of OCAD University and the Literary Review of Canada. He serves on the boards of many organizations including the Canada Institute of the Woodrow Wilson Center for Scholars in Washington, D.C., St. Michael’s Hospital Foundation in Toronto, the Shaw Festival in Niagara on the Lake, as well as Toronto’s Harbourfront Centre and Crimson Asset Management.

He is a past president of the Canadian Club of Toronto and the Albany Club.

Deeply involved with efforts to promote equality and human rights issues, he was the inaugural recipient of Egale’s Lifetime Achievement Award and has been awarded the Queen’s Golden and Diamond Jubilee medals for service to the community. He recently received Out on Bay Street’s Leader to be Proud of Award. Jaime has been elected to the College of Fellows of the Royal Canadian Geographical Society, is a Toronto Heritage Companion, and was recently named one of Toronto’s most influential citizens.

A highly regarded speaker, Jaime appears often as a public affairs commentator in the media. He is a regular contributor to the CBC, including: The Weekly with Wendy Mesley, The House with Chris Hall, and its flagship news program The National. He also writes a weekly column for The Toronto Star and is a Policy Magazine contributing writer.

From the halls of Parliament Hill, to the red carpet of the Academy Awards, to the streets of Toronto and Vancouver, Michael Serapio has had the opportunity to interview politicians, celebrities and Canadians across this country.

Serapio began his career as a producer, and was twice nominated for a Gemini in recognition of his work.

But Serapio always wanted to be a reporter, so in 2001 he embarked on a new career path, hosting a news-magazine show on PrideVision TV.

He moved to Vancouver 2002 to join CTV British Columbia as a reporter, a position he left to become the political reporter for Toronto 1, and then general assignment reporter for CityTV.

He started as a Breaking News host, and now Serapio anchors weekends on CBC News Network.