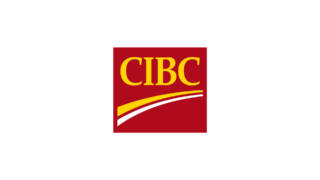 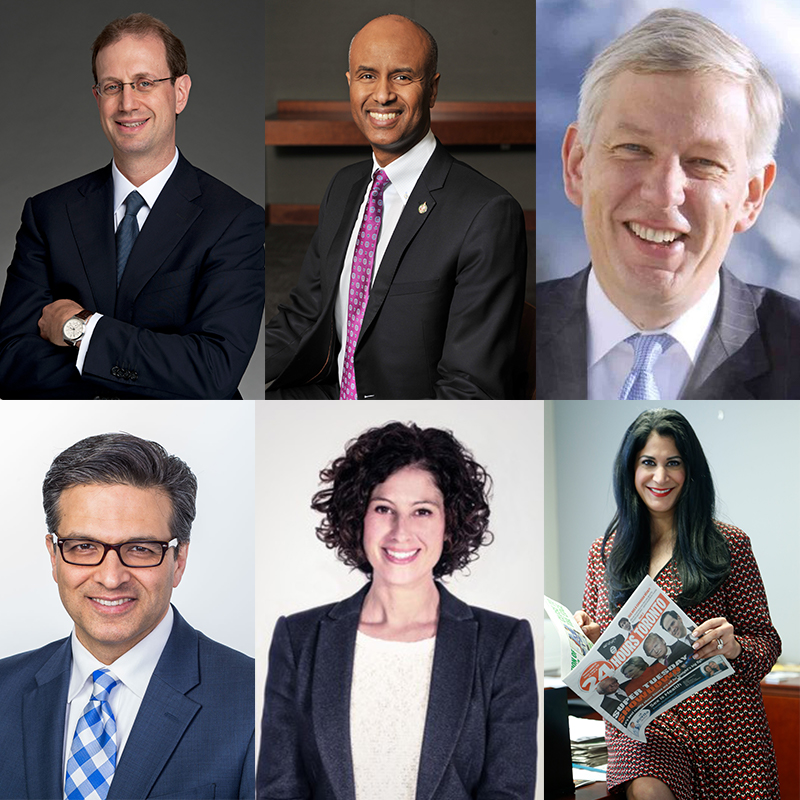 Canada is facing a demographic shift, our aging population and low birth rate will create challenges for our children and grand-children. Without a bold and thoughtful long-term plan, we risk passing on a stalling economy and a lower standard of living. The Century Initiative believes our future prosperity depends on significantly growing Canada’s population to 100 million people by 2100. But what are the risks of pursuing a population growth agenda? What might it mean for immigration policy and immigrant integration? And what are the implications for our cities, employment and educational opportunities if we do?

Join us for an update on their progress, delivered by Mark Wiseman, followed by a panel discussion with Dominic Barton, The Honourable Ahmed Hussen, Goldy Hyder and Sevaun Palvetzian, moderated by Adrienne Batra, to discuss our ability to build a bigger, bolder Canada.

Prior to the panel Mark Wiseman delivered the remarks on behalf of the Century Initiative.

Dominic Barton is the Global Managing Partner of McKinsey & Company. In his 32 years with the firm, Dominic has advised clients in a wide range of industries. Prior to his current role, Dominic was based in Asia for 12 years, including Shanghai as McKinsey’s Asia Chairman from 2004 to 2009.

He serves on the board of FCLT Global (Focusing Capital on the Long Term), a non-profit organization dedicated to developing practical tools and approaches that encourage long-term behaviors in business and investment decision-making.

Dominic has received multiple awards for his business leadership and contributions to the communities in which he has lived and worked. In February 2013 Dominic received the Order of Civil Merit (Peony Medal) from former President Lee of South Korea and in August 2014 he was awarded the Singaporean Public Service Star (Distinguished Friends of Singapore). He is a Rhodes Trustee and an Honorary Fellow at Brasenose College, Oxford, as well as an Adjunct Professor at Tsinghua University, Beijing.

Dominic graduated from the University of British Columbia with a BA Honours in economics and completed his MPhil in Economics at Brasenose College, Oxford University, where he was a Rhodes Scholar.

The Honourable Ahmed D. Hussen is a Canadian politician and a lawyer. He was elected in the 2015 federal election and is proud to represent the riding of York South-Weston in the Canadian parliament.

Ahmed immigrated to Canada in 1993 and settled in Toronto. After attending high school, Ahmed started working with the Hamilton-Wentworth social services department where he began his career in public service. Upon his return to Toronto in 1997 and subsequently studying at York University, he co-founded the Regent Park Community Council. As the president of this organization, Ahmed played a key role in securing the $500 million revitalization project for the Regent Park while advocating for the 15,000 residents to ensure that their interests were protected. He was awarded the Queen’s Gold Medal for his leadership efforts in the Regent Park Community.

Serving as National President for the Canadian Somali Congress, Ahmed worked with national and regional authorities to advocate on important issues to Canadians of Somali heritage, strengthening civic engagement and integration. His results-driven reputation led to an invitation from the Toronto City Summit Alliance to join the task force for modernizing income security for adults. As a result of his advocacy work, the Toronto Star recognized Ahmed as one of ten individuals in Toronto to have made substantial contributions to our community. Ahmed also worked as a Special Assistant for intergovernmental affairs to former Ontario Premier Dalton McGuinty and has sat on the Cross-Cultural Roundtable on Security.

After earning a law degree from the University of Ottawa Faculty Of Law, Ahmed Hussen practiced law in the areas of criminal defence, immigration and refugee law, and human rights. He has served as a director on the board of the Global Enrichment Foundation, an organization that has enabled women in East Africa to access education in colleges and universities in the region. He has also served on the board of Journalists for Human Rights, an organization that empowers journalists in developing countries to cover human rights and governance issues objectively and effectively.

After being elected to parliament in October 2015, Ahmed sat on the Justice and Human Rights Committee and was active in the Canada-Africa Parliamentary Association. In January of 2017, he had the honour of being appointed as the Minister of Immigration, Refugees, and Citizenship by Prime Minister Justin Trudeau. He continues to serve in this role, using his position to improve the immigration system to better serve the interests of Canadians, and is a strong voice for his constituency.

Goldy provides strategic communications counsel to the firm’s extensive and diverse client base. Building on his experience in the public and private sectors, Goldy offers clients an acute understanding of the dynamics of public affairs, government relations and strategic communications, particularly from a reputation and issues management perspective.

Goldy works with a wide array of industries, including banking, insurance, energy, environment, mining, health, international trade, transportation and US-Canada relations. He is a seasoned expert on mergers and acquisitions, having worked on numerous transactions, including for state-owned enterprises (SOEs), in a variety of industries from energy to mining to technology.
With a firm grasp of the public policy process and the issues that face the private sector in dealing with federal and provincial governments, Goldy is able to provide clients with strong representation that generates desired results.

Goldy brought to H+K more than 22 years of experience in the private and public sectors. Prior to joining the firm in 2001, Goldy served as director of policy and chief of staff to the Right Honourable Joe Clark, former prime minister and former leader of the then federal PC Party.

Goldy holds a master of arts degree from the University of Calgary in public policy with a specialization in policy-making during times of crisis. Goldy is a board and executive member of United Way Ottawa and co-chaired the 2013-2014 community campaign. He is Chair of the Ottawa Senators Foundation and past-chair of the Communications and Community Investment Committee. Goldy serves on the advisory board of the Indo-Canada Chamber of Commerce and is on the advisory board for Century Initiative where he also a member of the Executive Committee.

Goldy is a regular commentator on business and politics in the national media and appears weekly on the Big Picture Panel on CBC’s hit show The Exchange. Goldy received the Queen’s Diamond Jubilee Medal in 2013 for his distinguished service to Canada.

Sevaun Palvetzian has been CEO at CivicAction since January of 2014. Under her leadership, the organization has launched the CivicAction Leadership Foundation and two new initiatives focused on youth unemployment and mental health in the workplace. Before CivicAction, Sevaun held several senior executive roles within the Ontario Government where she championed the next generation of leaders launching the Youth and New Professional Secretariat – a government-wide strategy to attract and retain future generations of leaders which included launching the award-winning Learn and Work Program for at-risk youth.

Prior to her work in government, Sevaun held positions at the University of Toronto, the World Bank Group, and Presidential Classroom, a Washington D.C. -based civic education organization.

Sevaun frequently contributes to city-building efforts including serving as a member of the Premier’s Community Hubs Advisory Group, The Toronto Police Service Board Transformational Task Force, and as a member of Mayor John Tory’s Advisory Panel for International Hosting Opportunities. She also sits on the Board of Directors for both Toronto Region Immigrant Employment Council (TRIEC), NPower Canada, Waterfront Toronto, and is a member of Ivey Business School Leadership Council.

She completed the Ivey Executive Program at the Ivey School of Business and has an M.A. in history from the University of Western Ontario.

Mark is a Senior Managing Director at BlackRock, Global Head of its Active Equities business, and Chairman of BlackRock’s Global Investment Committee.

From 2012 through September, 2016, Mark was President & CEO of the Canada Pension Plan Investment Board. Mark joined CPPIB in June, 2005 as the organization’s Senior Vice-President, Private Investments. He was later named Executive Vice-President, Investments, responsible for managing all of the investment activities of CPPIB.

Prior to joining the CPP Investment Board, Mark was responsible for the private equity fund and co-investment program at the Ontario Teachers’ Pension Plan. Previously, Mark was an officer with Harrowston Inc., a publicly traded Canadian merchant bank, and a lawyer with Sullivan & Cromwell, for whom he practiced in both New York and Paris. He also served as a law clerk to Madam Justice Beverley McLachlin at the Supreme Court of Canada.

Born in Niagara Falls, Ontario, Mark holds a BA from Queen’s University and a law degree and MBA from the University of Toronto. He was also a Fulbright Scholar at Yale University, where he obtained a master’s degree in law. Mark is a certified member of the Canadian Institute of Corporate Directors. Mark serves on the board of several not-for-profit organizations, including the Capital Markets Institute and Mount Sinai Hospital in Toronto. He was the United Way Toronto Campaign Chair for 2015. Mark is a past Chairman of Youth Without Shelter, an emergency shelter for homeless youth, as well as a past Board Member of Right to Play International.

Adrienne Batra was born and raised in Saskatchewan. She has undergraduate degree in Political Science and Masters in Public Administration.

Ms. Batra worked at the Saskatchewan Legislature as a researcher with the opposition caucus office. She then moved on to the be the Manitoba Director of Canadian Taxpayers Federation, Canada’s largest taxpayer advocacy group.

In 2010, Ms. Batra was the Director of Communications for the Rob Ford for Mayor campaign, and then moved on to serve in the Office of the Mayor as Ford’s Press Secretary.

Upon leaving City Hall, she became the Comment Editor and columnist for the Toronto Sun and political commentator for Newstalk 1010. Ms. Batra also hosted her own TV show on Sun News Network, focused on political, social and economic issues.

In June 2015, Ms. Batra was appointed Editor in Chief of the Toronto Sun and 24 Hours Toronto. She has appeared on Fox Business News, CNN, BBC and is a frequent contributor on CBC National, AM 640, CP24, Global News and CTV News Channel.

Ms. Batra also served in the Canadian Armed Forces obtaining the rank of Lieutenant, and was nominated for a YWCA Woman of Distinction Award.

In 2013, she was awarded with a Queen’s Diamond Jubilee Medal and currently serves on the Board of Governors for the National Newspaper Awards and the Canadian Journalism Foundation.