” Will the market meet the hype? “ 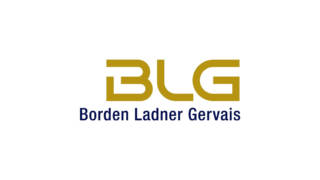 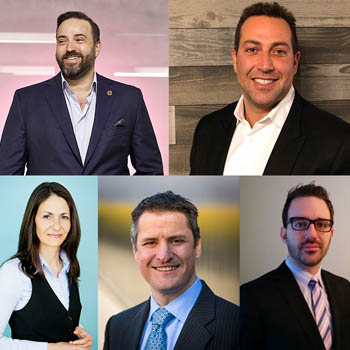 With the impending legalization of cannabis in Canada this summer, investors have taken a keen interest and the market has responded. Start ups and stalwarts are venturing into this new industry with fanfare and hot numbers. How will the demand compare to current financial projections? Will the uncertainty south of the border effect its buoyancy here in Canada?

Vahan is a capital markets professional with over 11 years of equity research experience and covers the cannabis sector at Beacon Securities. He has visited over 20 facilities across Canada, the U.S. and Uruguay – and regularly publishes research reports on specific companies covered, as well as industry themes/developments. Vahan is quoted regularly by several news outlets, including Bloomberg, The Globe And Mail, National Post, CBC, Marijuana Business Daily, ThomsonReuters, and Vice Canada and he has appeared on the Business News Network multiple times as well as on CBC to discuss the state of the industry and specific companies. Prior to Beacon Securities, Vahan worked at TD Securities and KPMG LLP.

Prior to joining Wheaton, Hugo was a senior corporate and commercial Partner at Bennett Jones LLP where he founded and built the firm’s Cannabis Group.

Hugo obtained his B.A from Carleton University, where he won the Senate Medal for Outstanding Academic Achievement and his J.D from the University of Toronto.

Mr. Kennedy brings a strong background of entrepreneurship and hands-on business experience at the forefront of the venture backed-business community to Privateer Holdings. As a member of the founding team at SVB Analytics, a non-bank affiliate of Silicon Valley Bank, he managed an international team that rendered valuation opinions for emerging growth technology, life science and venture capital companies, helping grow revenues from $0 to over $8 million a year.

Mr. Kennedy is a sought-after thought leader on the cannabis industry, business, and entrepreneurship and has been featured in publications like the New York Times, Wall Street Journal, Bloomberg Businessweek, and Financial Post, as well as on stage at Web Summit, Collision, RISE Conference, and SXSW and Economic Club of Canada. He holds a B.A. from the University of California, Berkeley; an M.S. from the University of Washington; and an M.B.A. from the Yale School of Management.

George Scorsis brings over 15 years of leadership experience to the Liberty team having led companies to rapid growth within highly regulated areas such as alcohol, energy drinks and, most recently, medical cannabis. Scorsis served as the President of Red Bull Canada and was instrumental in restructuring the organization from a geographical and operational perspective, growing the business to $150 MM in revenue. In that role, he also worked closely with Health Canada on guidelines regulating the energy drink category. Most recently, Scorsis was with Mettrum Health Corp as President and was fundamental in shaping MettrumTM & Mettrum OriginalsTM. Under his leadership, the company was acquired for $430 M. Scorsis is a proven leader dedicated to providing results in business growth and development and brings a wealth of CPG experience to this exciting, burgeoning industry.

Andrea Mandel-Campbell is Senior Vice-President at Teneo, with more than 20 years of experience in strategic and corporate communications, public affairs, government and media relations.

Prior to joining Teneo, Ms. Mandel-Campbell was Vice-President of Corporate Communications for Kinross Gold Corporation, one of the world’s leading gold mining companies. Previously, she was Director of Communications for the Secretary of the Treasury Board in Ottawa.

A veteran journalist and broadcaster, Ms. Mandel-Campbell began her career as a foreign correspondent in Latin America, where she spent close to a decade reporting from Chile, Argentina, Peru, Mexico and Cuba for various US, Canadian and European publications. She joined the Financial Times (FT) of London as a correspondent in Argentina and later reported for the FT from Mexico.

Ms. Mandel-Campbell is author of the best-selling current affairs book, Why Mexicans Don’t Drink Molson, which was nominated for the Shaughnessy Cohen Prize for Political Writing and the John Wesley Dafoe Book Prize. In addition to regular public speaking, Ms. Mandel-Campbell was also an anchor on CTV’s Business News Network.

She graduated with Honours from Carleton University with a Bachelor of Journalism and Political Science degree.