The Evolution of Canadian Pensions 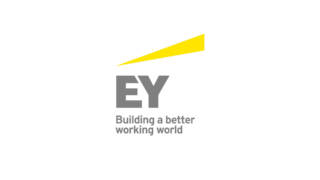 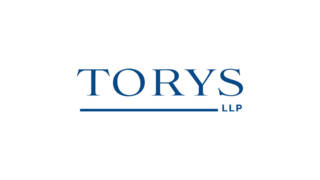 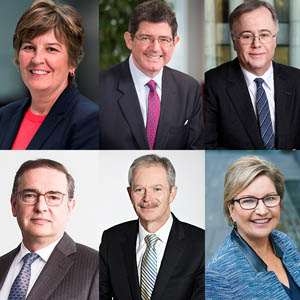 The World Bank Group has collaborated with key experts in the Canadian Pension field to produce a report, prepared by Common Wealth, documenting the evolution of the Canadian model of public sector pension plans. Panelists Jim Keohane (President & CEO, HOOPP), Hugh O’Reilly (President & CEO, OPTrust), Kim Thomassin (Caisse de Dépot) and Kevin Uebelein (CEO, AIMCo) provide insights on the common themes and variations within the Canadian model as noted in the report. The discussion, moderated by Terrie O’Leary (EVP, Business Strategy and Operations, Toronto Global) will showcase the evolution and endeavours of the funds and offers lessons for emerging economies seeking to improve their retirement systems and public pension institutions.
Prior to the panel Joaquim Levy and Christine Hogan from The World Bank Group will deliver remarks on the report.

The President & CEO reports directly to HOOPP’s Board of Trustees and is responsible for overall leadership and management of the organization.

The CEO is also responsible for developing, implementing and overseeing, in consultation with the Board, performance measurement programs, long-term strategies and annual work plans to ensure the organization meets the needs of Plan beneficiaries.

Jim joined HOOPP in 1999, bringing more than 25 years of institutional investing experience with several national firms. After completing his Bachelor of Science degree at the University of Ottawa, he obtained his MBA at Queen’s University. He is a Chartered Financial Analyst and has completed the Directors Education Program (Rotman School of Business) at the Institute of Corporate Directors.

Hugh O’Reilly is President and CEO of OPTrust with responsibility for all of the organization’s operations, overseeing management of the pension fund’s $19 billion in assets and pension plan administration.

Hugh is one of Canada’s foremost pension experts with extensive expertise in the operation and governance of jointly-sponsored pension plans. Before joining OPTrust, Hugh led the Pension Benefits and Insolvency Practice at Cavalluzzo Shilton McIntyre Cornish LLP.

During his career, Hugh also served as senior policy advisor and Chief of Staff to a cabinet minister in the Ontario government, held the role of Senior Counsel at Canada Trust and practiced law as an associate lawyer at Osler, Hoskin & Harcourt and a partner at Torys in Toronto.

He serves on the board of the Canadian Coalition for Good Governance, and is a member of the TMX Advancing Innovation Roundtable and the editorial advisory board of Benefits and Pensions Monitor.

In 2016, Mr. O’Reilly was the recipient of the Industry Leadership Award from the Benefits Canada Workplace Benefits Awards.

Kim Thomassin has been Executive Vice-President, Legal Affairs and Secretariat since January 30, 2017. She manages the Legal Affairs, Corporate Secretariat and Compliance and Responsible Investment teams. Her mandate specifically involves managing CDPQ’s legal and regulatory activities, including the implementation of legal and governance structures for all investment transactions. Her team also plays a central role in supporting CDPQ in its globalization strategy. She is a member of the Executive committee, in addition to being a member of the Board of Ivanhoé Cambridge, the institution’s global real estate subsidiary.

Before joining CDPQ, Ms. Thomassin was National Client Leader and Managing Partner for the Québec Region at McCarthy Tétrault. As a member of the Leadership Team, she contributed to the firm’s regional and national management while strengthening its national presence. In her 17 years at the firm, she held various important positions and specialized in project finance and acquisition transactions in the energy and infrastructure sectors. She has been involved in several transactions related to large-scale Canadian and international projects. She has also represented public institutions and developers in connection with public-private partnerships.

Ms. Thomassin received a B.C.L./LL. B. from Université Laval and a minor in psychology at McGill University. She also studied at the University of Western Ontario’s Faculty of Law. Ms. Thomassin is a member of the Québec Bar.

Ms. Thomassin sits on the Boards of Directors of Centraide of Greater Montréal and the Foundation of Greater Montréal. In 2016, she received the Quebec National Assembly Medal in recognition of her dedication to initiatives supporting women. Her leadership has received additional recognition, including the Christine Tourigny Award of Merit, the Lawyer Emeritus distinction from the Barreau du Québec and Lexpert’s Zenith Award recognizing her as a leading lawyer. In 2012, the Women’s Executive Network (WXN) recognized her as one of Canada’s 100 Most Powerful Women.

Prior to joining AIMCo, Kevin was President and Chief Executive Officer of Pyramis Global Advisors, the institutionally-focused asset management unit of Fidelity Investments, holding assets in excess of USD 200 billion, and was also the Global Head of Investment Solutions at Fidelity Investments. Previously, Kevin held a variety of positions with Prudential Financial Inc., including Head of Alternative Investments, and culminating as Chief Investment Officer for International operations.

Mr. Uebelein holds a Bachelor of Accounting degree from Harding University, an MBA from Rice University, and is a Chartered Financial Analyst (CFA) charterholder.

Christine Hogan began her term as Executive Director for Canada, Ireland and the Caribbean at the World Bank Group in November 2016.

Immediately prior to joining the World Bank Group, Ms. Hogan served as Deputy Minister for International Trade. Prior to this position, Christine was the Foreign and Defence Policy Advisor to the Prime Minister of Canada in the Privy Council Office.

Throughout her career which began in 1988, Ms. Hogan has contributed to a diverse set of public policy issues ranging from international relations and development to trade policy to science and technology, and environment and energy. She has held positions in the Government of Canada including: Director of International Affairs at Environment Canada, Chief of Staff to the Deputy Minister of Environment, Senior Advisor on Science and Technology at Industry Canada, Director of Operations and Assistant Secretary to the Cabinet in the Privy Council Office, and Vice President of Strategic Policy and Performance at the Canadian International Development Agency (now Global Affairs Canada) where she led work on aid effectiveness and championed maternal, newborn and child health in the context of the 2010 G8 Summit.

Ms. Hogan has also been a visiting executive with a major oil and gas company, EnCana Corporation, and an Adviser to the Executive Director of the United Nations Environment Programme (UNEP) in Nairobi, Kenya.

She holds a Bachelor of Public Administration (Honours) from Carleton University and is a Yale University World Fellow.

Levy contributes to the international dialogue on financial standards and best practices, primarily through his representation of the Group at the Financial Stability Board.

Levy joined the World Bank Group in February 2016. Previously, he served as the Minister of Finance for the Federal Republic of Brazil, working with the president and government in reforming the world’s fifth largest economy.

In 2007, Levy was appointed as the Secretary of Finance of the state of Rio de Janeiro, where he was able to successfully re-engineer the apparatus of financial management from top to bottom, which led to the state receiving an investment-grade credit rating from Standard & Poor’s.

From 2006, Levy was the Executive Vice President of Finance and Administration at the Inter-American Development Bank. In 2003, he was appointed as the Secretary of Brazil’s National Treasury. In 2001, he was appointed as the Chief Economist at the Brazilian Ministry of Planning, Budget & Management. He became the Deputy Secretary of Economic Policy at the Brazilian Finance Ministry in 2000.

Prior to Levy’s position as Visiting Economist at the European Central Bank from 1999 to 2000, he held several positions within the International Monetary Fund from 1992.