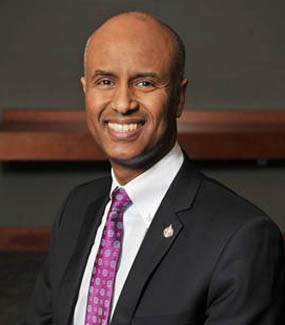 From Refugees and Immigrants to Citizens

Minister Ahmed Hussen shares Canada’s approach to immigration and its importance to economic growth and nation building as we mark the 35th Anniversary of the Canadian Charter of Rights and Freedoms.

Ahmed Hussen is the Member of Parliament for the riding of York South-Weston. A lawyer and social activist, he has a proven track record of leadership and community empowerment.

Born and raised in Somalia, Ahmed immigrated to Canada in 1993 where he settled in Regent Park and quickly gravitated towards public service. In 2002, he co-founded the Regent Park Community Council and was able to secure a $500 million revitalization project for Regent Park, all while ensuring the interests of the area’s nearly 15,000 residents were protected. Ahmed also served as the National President of the Canadian Somali Congress – a Somali community organization that works with national and regional authorities to advocate on issues of importance to Canadians of Somali heritage and strengthen civic engagement and integration. His results-driven reputation led to an invitation to join the task force for modernizing income security for adults in the Toronto City Summit Alliance.

Ahmed is fluent in English, Somali, and Swahili, and earned his Bachelor of Arts (History) from York University and his Law Degree from the University of Ottawa. In 2004, the Toronto Star recognized him as one of ten individuals in Toronto to have made substantial contributions to his community.