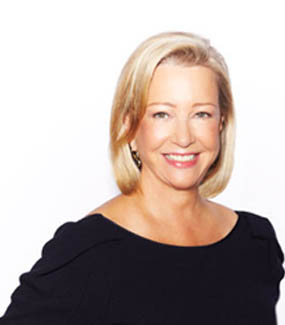 The Canadian Club of Toronto is proud to recognize one of this country’s most distinguished Canadians, Bonnie Brooks, with its 2016 Lifetime Achievement Award – an award that celebrates the lifelong efforts and leadership of extraordinary Canadians.

Ms. Brooks has made many contributions over the years, through her leadership in business and philanthropy. Please join us as we celebrate her accomplishments and hear from her as she shares her insights on effective leadership and its ability to turn around and shape an organization.

She returned to Canada in 2008 to join Hudson’s Bay as CEO and President where she spearheaded the turnaround of the company and increased sales and profits annually. From 2012 – 2014 she was President of Hudson’s Bay Company responsible for both Hudson’s Bay and Lord and Taylor department stores USA.

Bonnie has served as a director on leading public company boards since 2009. Currently, she is a Director of Abercrombie & Fitch (USA based global retailer); Rogers Communications Inc.; Chico’s FAS (USA based international retailer); and is a Trustee of Riocan, a Canadian-based Real Estate Investment Trust.

Bonnie holds a Masters of Business Administration from the Richard Ivey School of Business, Western University, and two honorary doctorate degrees – an LLD from Guelph University and DCL from St. Mary’s University.

The Prime Minister of Canada awarded her the Queen’s Diamond Jubilee Medal for her work with the Canadian Olympic Committee in 2013. She was the first woman to receive the prestigious Ivey Business Leader of the Year, 2014 in Toronto.