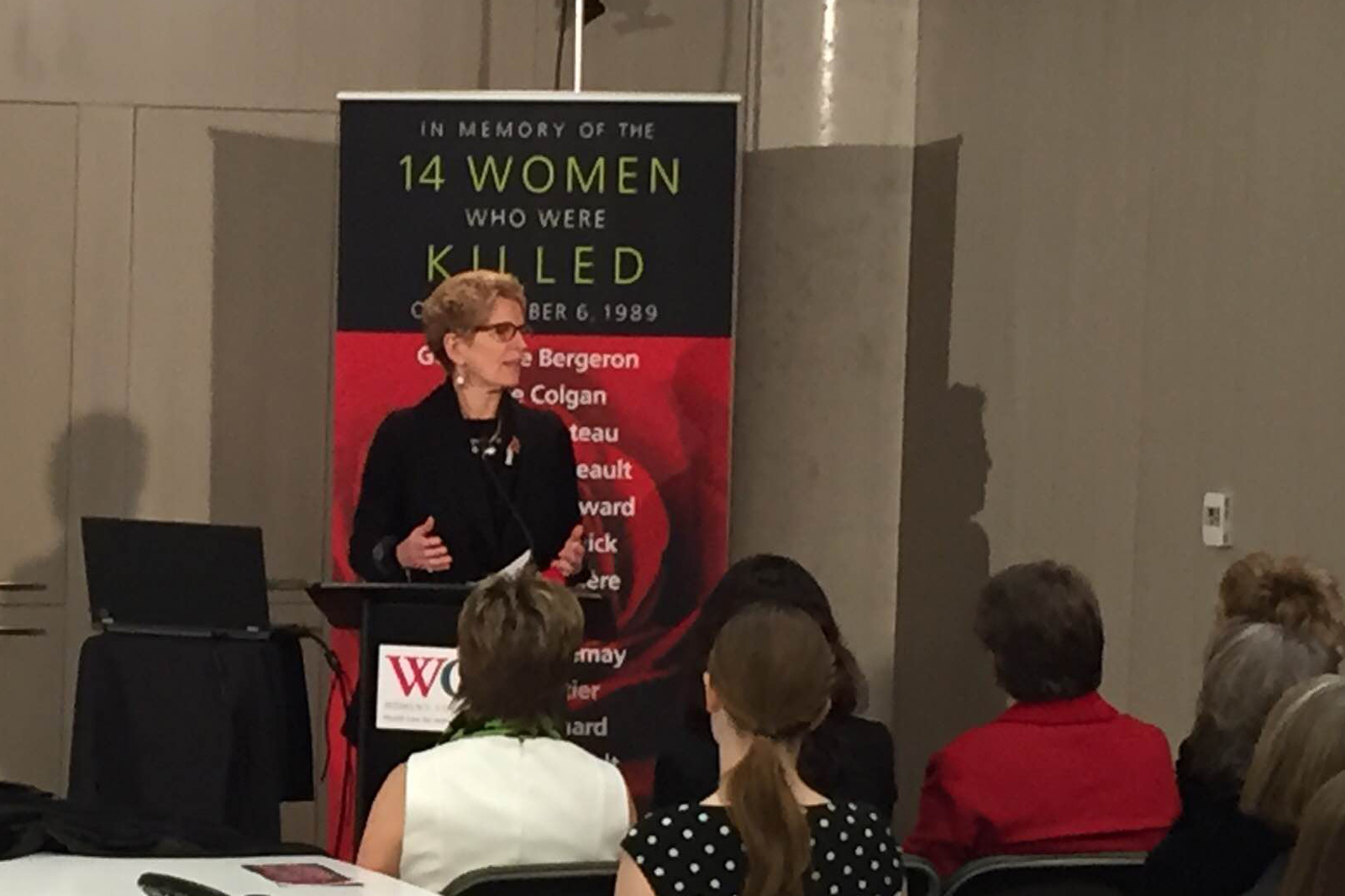 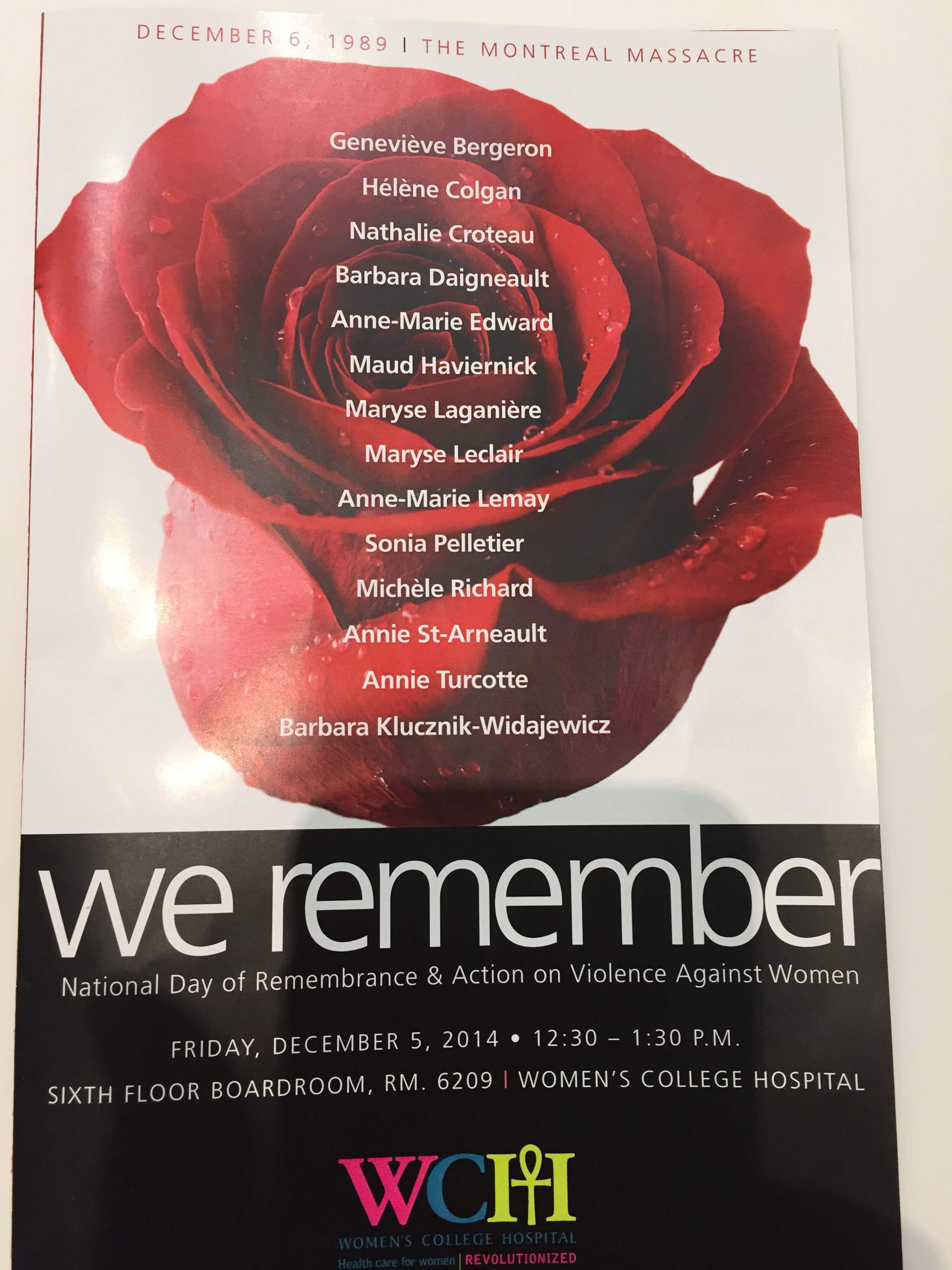 National Day of Remembrance and Action on Violence Against Women

This year marks the 25th anniversary of what has come to be known as the Montreal Massacre.

On Dec. 6, 1989, a man entered L’École Polytechnique in Montreal, separated the men from the women and shot and killed 14 women while making anti-woman statements.

On the anniversary of this tragic day, Women’s College Hospital will reflect on violence against women and remember the women who have tragically lost their lives to gender-based violence.