Investing in transit infrastructure is essential to support economic growth and provide a high standard of living for Canadians. Modern transit projects, such as this one, help connect Canadians to jobs, friends and family, making a real difference in their daily lives.

Brampton Transit’s launch of the Zum Queen West service has marked the final project milestone of an ongoing partnership between the Government of Canada, the Province of Ontario and the City of Brampton. 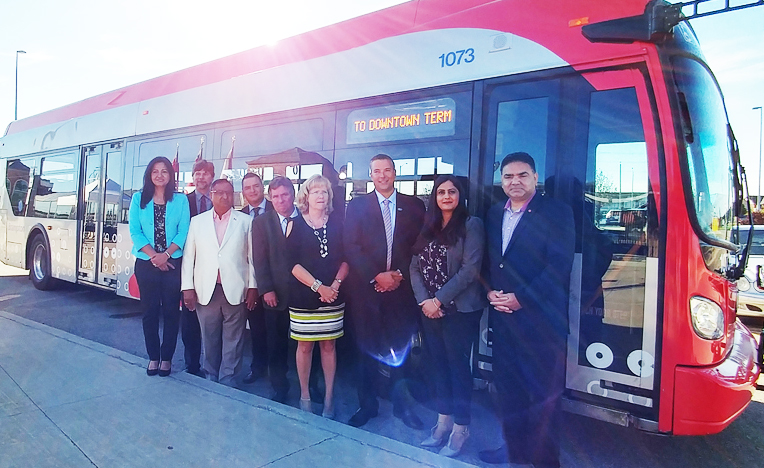 With the completion of the Züm routes, the remaining project work will include the purchase of buses, completion of the Sandalwood Facility and the installation of automated vehicle maintenance systems on each bus.

The Brampton Züm project was funded by all three levels of government, with the federal and provincial governments contributing $95 million each, and the municipality funding the remainder. The project was delivered in two phases:
• Phase I included construction of Bus Rapid Transit lines on Queen Street East completed in September 2010, Main Street completed in September 2011, and Steeles Avenue East completed in fall 2012. In addition, Phase I included the purchase of twenty 60-foot articulated buses that carry 40 per cent more passengers than the traditional 40-foot buses.