The governments of Canada and Ontario are working together to make long-term infrastructure investments that will create economic growth, sustain well-paying jobs, build inclusive communities and support a low carbon, green economy-leading to a higher quality of life for all Canadians.

Today, the Honourable Amarjeet Sohi, Minister of Infrastructure and Communities, and the Honourable Bob Chiarelli, Ontario Minister of Infrastructure, announced the signing of a bilateral agreement that will provide more than $11.8 billion through the Investing in Canada plan over the next decade in federal funding dedicated to infrastructure projects. The projects supported through this agreement will have a total value of over $31 billion, including $10 billion committed by the Ontario government. These projects will be cost-shared with the Ontario government, municipalities and other partners. 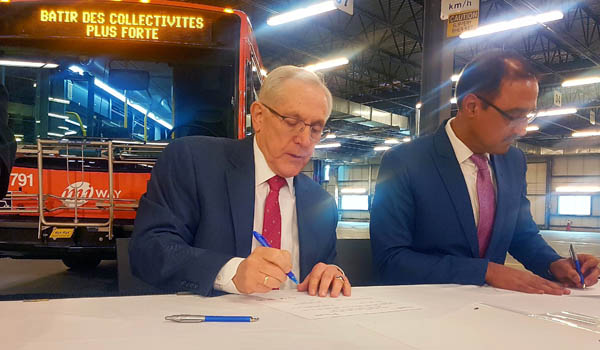 This new funding will see the Government of Canada and the province of Ontario make unprecedented investments in public transit, green infrastructure, and recreational and cultural infrastructure.

These investments will have benefits for people in communities across the province, including:

The funding announced today builds on Ontario’s $190 billion commitment to infrastructure over 13 years. The province’s investments are already supporting priority projects across the province such as schools, hospitals, public transit, roads and bridges.