“We are proud today to announce the nominees for the 2016 CANADIAN SCREEN AWARDS,” says Helga Stephenson, CEO, Academy of Canadian Cinema & Television.

“Congratulations to each and every nominee,” Stephenson adds. “They stand out in a field where the bar is already set high and continues to rise. That’s one sign of a vibrant screen-based industry in Canada.” 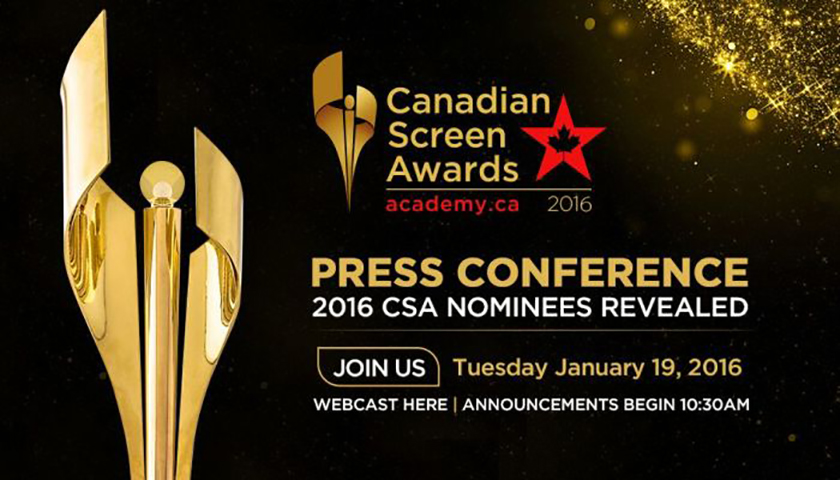 CSA nominations in 132 categories (24 film, 101 in television and 7 in digital media) were announced today at simultaneous press conferences in Toronto and Montreal and via live webcast on the Academy’s newly designed fanzone.academy.ca.

They will cap off the Academy’s Canadian Screen Week featuring ten events in seven days (March 7-13). In February, look for the 2016 CSA trailer on some 2,800 cinema screens nationwide, starring this year’s host and funnyman, Norm Macdonald, who promises: “Stars will be born. People will be offended.”

NEW THIS YEAR | VOTING JUST GOT EASIER The Academy’s voting procedure has undergone an upgrade. “We’ve turned it into an easy-access, one-stop site for all the information and viewing that the voters need to cast fully-informed ballots,” Stephenson goes on. “And it’s a good place for the entrants to showcase their work: all the streaming videos are in full HD.