Crumbling pavement, bumper-to-bumper traffic and poorly timed stop lights are just some of the reasons to nominate a street in the annual CAA Worst Roads Campaign.

“While winter in many parts of the province was not as harsh as other years, road and infrastructure maintenance continues to be an important issue for Ontarians,” said Caroline Grech, Government Relations, CAA South Central Ontario (CAA SCO). “We want to know the worst road you have driven on in Ontario. Whether the issue is congestion, potholes, road signs, traffic lights or pedestrian and cycling safety, we want to hear from you.” 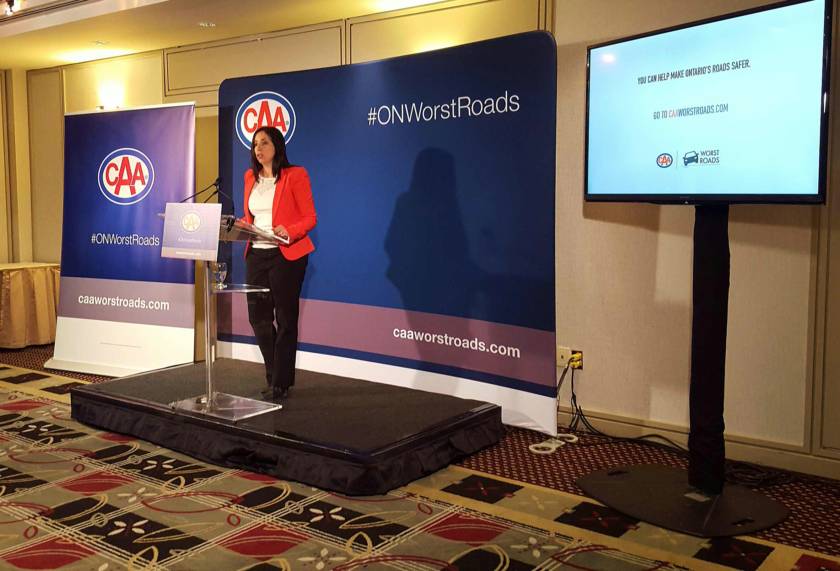 You can vote for the worst roads in the province at CAAWorstRoads.com until April 29th. Nominate as many streets as you like, but you cannot vote for the same road, bridge or highway twice.

Without stable, dependable, and sufficient sources of funding, municipalities may be unable to afford the cost to maintain its roads and bridges in good repair. That’s why CAA continues to call on the provincial and federal governments for permanent dedicated funding that is essential to both repairing aging infrastructure, and allows for new road infrastructure to be built.

“Although much work has been done across the province to maintain and repair Ontario’s roads, greater investments are needed to tackle the staggering municipal infrastructure deficit in Ontario,” commented Geoff Wilkinson, Executive Director, Ontario Road Builders’ Association (ORBA). “Eliminating the infrastructure deficit currently facing municipalities will place municipalities and Ontario at a competitive advantage.”

CAA SCO will compile a list of the Top 10 Worst Roads in Ontario and the worst roads in seven regions across the province. The regional lists will help shine a light on the state of local roads in municipalities across Ontario.

Following the three week campaign, CAA SCO will present this year’s list of worst roads and our recommendations to local and provincial officials in an effort to have those roads fixed.

Last year, Algonquin Boulevard in Timmins was named the worst road in Ontario while three streets from the Greater Toronto and Hamilton Area (GTHA) made the provincial top 10 list.