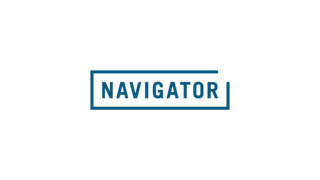 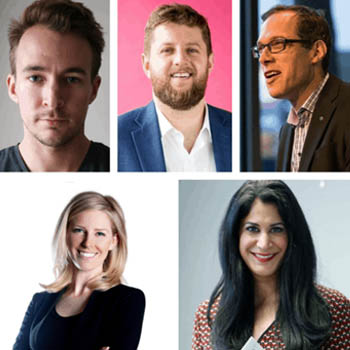 It’s not just the main political parties that are getting ready for the upcoming federal election. There are a wide range of groups aiming to contribute to the conversation in fresh and new ways, with the goal of helping to win over the hearts and minds of Canadians. These new voices are redefining how advocacy will be practiced in the most digital and viral Federal campaign yet.

The Empire Club of Canada presents this panel of leading players from across the political spectrum to talk about the coming election, the tools that will be important for engagement, and the issues that will matter most. Their respective groups aspire to redefine how organizations engage with Canadians and significantly impact the choices voters make at the ballot box.

Taylor Scollon is a co-founder of North99, an independent advocacy group dedicated to advancing progressive policies and ideas in Canada. With over 100,000 members and reaching millions of Canadians each month with a progressive message, North99 is one of the largest progressive communities in the country.

Rick Smith is a Canadian author and non-profit leader. Since 2013 he has been the Executive Director of the Broadbent Institute. Under his leadership the Institute has grown into Canada’s pre-eminent progressive policy and training organization with offices in Montreal, Toronto, Ottawa and Vancouver. The Institute’s media project, PressProgress, is now the best-read source of progressive news and analysis in the country, reaching millions of Canadians every year.

From 2003 to 2012, Rick served as Executive Director of Environmental Defence Canada. He is the co-author of two bestselling books on the health effects of pollution: “Slow Death by Rubber Duck: How the Toxicity of Everyday Life Affects Our Health (2009, re-issued in 2019) and Toxin Toxout (2014). A Quill & Quire “Book of the Year”, “Slow Death by Rubber Duck” has been featured by the Washington Post, Dr. Oz, Fox News, and Oprah Magazine, and translated into seven languages.

Rick has led many campaigns for important new public policies at the federal and provincial levels related to environmental and consumer protection, urban planning, green jobs creation, democratic reform and progressive taxation. He is a co-founder of Blue Green Canada (an environmental/trade union movement collaboration) and the Socially and Environmentally Responsible Aggregate initiative, the first attempt in the world to create a green standard for the vertically integrated aggregate and cement industry.

Originally from Montreal, he holds a Ph.D. in biology from the University of Guelph. He has been a Director of Équiterre, a founding Director of the Greenbelt Foundation, and is a former member of the Panel of Environment and Sustainable Development Advisors for the Commissioner of the Environment and Sustainable Development of Canada. Rick is a regular commentator on progressive politics for Canadian media and an adviser to Loblaw Companies Limited, the largest food and pharmacy manufacturer and retailer in the country.

Rick lives in east end Toronto with his wife Jennifer Story — a public school board Trustee — and their two children.

Jasmine Pickel joined the Canadian Taxpayers Federation as the Ontario Director after paying far too much tax in the private sector.

She is a serial entrepreneur who built and sold two successful companies before the age of 30. She launched her last venture, Atlas Communications – a Toronto-based social media marketing agency – in 2015, at the same time she enrolled in the MBA program at the University of Toronto. She sold that company two years later in a successful acquisition deal with a PR firm from New York City which consistently ranks on Observer’s list of 50 Most Powerful PR Firms in America.

In addition to her role as the Ontario Director for the CTF, Jasmine is launching her latest venture, Pod Nation, a podcasting company that will feature Canadian content – including her inaugural podcast, Rights and Freedoms – coming June 2019.

Adrienne Batra was born and raised in Saskatchewan. She has an undergraduate degree in political science and a Masters in Public Administration.

Ms. Batra worked at the Saskatchewan Legislature as a researcher with the opposition caucus office. She then moved on to be the Manitoba Director for the Canadian Taxpayers Federation, Canada’s largest taxpayer advocacy group.

In 2010, Ms. Batra was the Director of Communications for the Rob Ford for Mayor campaign and moved on to serve in the Office of the Mayor as Ford’s Press Secretary.
Upon leaving City Hall, she became the Comment Editor and columnist for the Toronto Sun and political commentator on Newstalk 1010.

Ms. Batra hosted her own TV show on Sun News Network, focussed on political, social and economic issues. In June of 2015, Ms. Batra was appointed as the Editor in Chief of the Toronto Sun and 24Hours Toronto.

She has appeared on Fox Business News, CNN and BBC and is a frequent contributor on Global News and CTV News Channel, CBC, CP24 and AM640.

Ms. Batra also served in the Canadian Armed Forces, obtaining the rank of Lieutenant, and was nominated for a YWCA Woman of Distinction award. In 2013 she was awarded with a Queen’s Diamond Jubilee Medal and serves on the Board of Governors for the National Newspaper Awards and the Canadian Journalism Foundation.