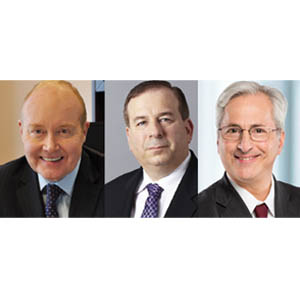 Ian Russell is President and Chief Executive Officer of the Investment Industry Association of Canada (IIAC), a position he has held since its inauguration in April 2006.

Prior to his appointment at the IIAC, Mr. Russell was Senior Vice-President, Industry Relations and Representation, at the Investment Dealers Association of Canada (IDA). In his 20-year tenure with the IDA and the IIAC, he has participated actively in many committees and working groups involved in regulatory and tax issues related to the securities industry and capital markets. He is a frequent commentator in the media, a regular columnist in industry publications and a sought-after speaker on industry issues and developments. In January 2014, Mr. Russell was appointed Chair of the International Council of Securities Associations (ICSA).

Mr. Russell has an Honours degree in Economics and Business from the University of Western Ontario, and a postgraduate degree (MSc Economics) from the London School of Economics and Political Science. He has completed the Partners, Directors and Senior Officers Qualifying Examination and is a Fellow of the Canadian Securities Institute.

David Rosenberg is the Firm’s Chief Economist & Strategist with a focus on providing a top-down perspective to the Firm’s investment process and Asset Mix Committee. Mr. Rosenberg received both a Bachelor of Arts and Masters of Arts degree in Economics from the University of Toronto. Prior to joining Gluskin Sheff in the spring of 2009, Mr. Rosenberg was Chief North American Economist at Merrill Lynch in New York for seven years, during which he was consistently ranked in the Institutional Investor All-Star analyst rankings. Prior thereto, he was Chief Economist and Strategist for Merrill Lynch Canada, based out of Toronto.

Mr. Rosenberg is also the author of Breakfast with Dave, a daily distillation of his economic and financial market insights.